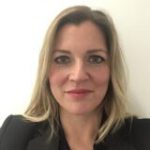 Amy’s practice is split equally between defence and prosecution work. She is regularly instructed as junior alone in cases that would be regarded as category 3 and above prosecution work such as rape, child abuse and other sexual offences, fraud, people trafficking, drug importations and PWITS class A conspiracies, blackmail, aggravated burglary, violent disorder, arson, complex robberies, serious assaults (section 18) and serious driving offences. In addition, Amy conducts appellate work and is routinely chosen by senior members of chambers as their junior, led in cases of particular import, e.g. a torture rape/murder.

Amy also has a particular aptitude for cases involving youths and defendants with mental health issues and has experience in the Mental Health Tribunal.

During her time as a RASSO trained rape specialist prosecutor she gained significant experience of the charging process and interrelationship between the CPS and the police and delivered training to Surrey Police on disclosure issues in Rape cases. She also qualified as both a youth specialist and a youth rape specialist.

Prior to her work within the CPS, Amy practised on the Northern Circuit for 10 years. Amy is now an established practitioner in the Canterbury and Maidstone Crown Courts. She is a member of the South-Eastern Circuit.

R v Niewiadomski: Amy successfully prosecuted the importation of £4 million worth of Class A drugs
Click here for news report

Attorney General’s Reference No 37 of 2004: Obtained a suspended sentence for defendant in Attempted Robbery with Imitation Firearm confirmed by Court of Appeal
Case report on Bailii

Amy is a member of the Criminal Bar Association, and an Alumni Fellow of Nottingham Trent University.

Congratulations to our colleagues Ben Irwin and Amy Nicholson who have been appointed as Recorders with effect from 26 January 2022. Both Ben and Amy will be assigned to the South Eastern circuit dealing with Crime.     ...

Chambers is delighted to welcome new tenant Amy Nicholson. Amy formerly practiced on the Northern Circuit for 10 years then latterly from within the CPS as a Crown Advocate. Amy’s practice is now split equally between Prosecution and Defence. She is a highly experienced criminal practitioner, ...