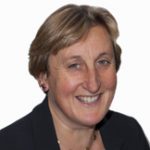 “She is good with difficult clients, she provides clear and robust advice and her cross-examination is really good.” “She fights to the end for her clients.”

“Recommended for cases of serious physical abuse and non-accidental injury.”

“…increasingly involved in care work and contact matters, as well as cases involving non-accidental injury and complex medical issues.” “She works extremely hard and is particularly good with clients who are often extremely vulnerable.” “Caroline has an absolutely fantastic manner with clients – she can communicate with them so that they are relaxed in stressful situations. She is one of the first names to spring to mind for complex cases.”

Caroline Topping is a family law barrister and was appointed as an Assistant Coroner in 2015. She frequently appears in cases involving allegations of serious physical abuse and non-accidental injury. She has a great deal of experience in representing victims of domestic violence, sexual abuse and those with mental health problems.

In public law cases she is instructed principally on behalf of parents, relatives and children in care, special guardianship and placement order applications. She regularly acts in cases involving complex medical evidence relating to allegations of non-accidental injuries, sexual abuse and neglect where cross examination of expert witnesses is vital.

In the private law arena she is instructed in relocation cases and s8 disputes many involving domestic abuse and cases where all contact is opposed, often resulting in no contact and s91 (14) orders.

In recent years she has been involved in a number of cases relating to disclosure in children act proceedings. These cases included a matter in the High Court which required the intervention of the Official Solicitor to consider issues of disclosure, capacity and the role of special advocates and a care case involving parents from the muslim community involving allegations of honour violence which is now a leading authority on non disclosure in family cases.

KCC v R and L (2017)
Acting for the Mother in a case involving a spiral fracture of the left humerus. The case involved calling considerable evidence in respect of vitamin D deficiency in utero. Parents were found to be in the pool of perpetrators but the child was returned home.

ESCC v S (2017)
Acting with leading Counsel for a Mother whose baby died aged 19 days old in respect of care proceedings in relation to her older son by another Father. The case involved 7 medical experts who dealt with the cause of death of the baby and allegations that he had been injured before his death. The case required extensive cross examination of the Mother’s partner, the Father of the deceased baby. The older child was moved to his Father’s care.

ESCC v S and H (2016)
Acting in the High Court for the Mother in care proceedings whose 10 week old child has suffered a severe non accidental head injury with life threatening consequences. The Mother was found not to have been responsible for the injury and the baby has since been rehabilitated to her.

KCC v W and D (2016)
Acting for Father of twins. The girl aged 9 months had suffered metaphyseal injuries to both tibia. Researching metaphyseal injuries and also the impact of vitamin D deficiency in utero on the growth of the foetus and cross examining 3 experts. The Father was found to have caused the injuries but the children were able to return to the Mother and the Father has ongoing contact.

C v C (2015)
Instructed of behalf of a Father in contact proceedings in respect of his daughter. Mother and her new partner had been subject of very serious allegations in care proceedings relating to partner’s children. They were exonerated and assessed suitable to care for one of the partner’s damaged and potentially sexually predatory children. A successful application was made for the Judge who heard the care proceedings to recuse herself to ensure a fair trial. The Father was satisfied as a result that his concerns had been addressed.

KCC v G (2015)
Acting for Mother in care proceedings which lasted over 2 years during which time further baby born. Mother had learning difficulties and required an intermediary. New baby found to have a fractured skull in hospital. I obtained expert evidence that this was most likely a birth injury and obtained interim return of baby and older sibling. Thereafter successfully opposed removal and adoption of both children. This required cross examination of social worker over a number of days and of her colleague who undertook a parenting assessment undermining both their evidence and the child permanence report. Children remain with parents.

KCC v J (2015)
Acting for maternal grandmother who sought a special guardianship order in respect of her granddaughter. Her own children had been subject to sexual abuse by her partner and the local authority considered her incapable of protecting the child. Successfully obtained 2 further assessments which were in her favour. Contrary to the local authority case the child remains with her pursuant to a special guardianship order.

A County Council v O and H (2014)
Acted for the Mother of three children the youngest being twins born prematurely at 32 weeks gestation. One of the twins suffered a fractured femur and the children were immediately removed from the parents. Four experts maintained there was no medical explanation for the fracture. Considerable research into osteopenia of prematurity and cross-examined all four experts involved in the case. The Judge accepted, contrary to the experts opinions, that osteopenia of prematurity could not be excluded and exonerated the parents. The three children were returned to my clients care.

M v L (2014)
Acting for Father in proceedings begun when he became aware through the press of Mother’s intention to take his son to Chicago on a permanent basis. Mother offered very little contact. Obtained 2 interim orders preventing Mother removing the child and obtained very favourable order by negotiation at final hearing including Father having ten 10 day trips to Chicago at Mother’s expense per year, jurisdiction to be retained by the English Court and a significant fund held in escrow as a fighting fund.

L v G (2014)
Acting for the biological Mother of twin girls who had donated her eggs to her same sex partner. The case had already been to the Court of Appeal on the issue of parental responsibility. The matter required a very considerable amount of legal research and argument as the factual matrix was unique with no direct precedent. Obtained an order for parental responsibility and re-instatement of contact which had previously been agreed then reneged on by the Respondent.

Re M (a child) [2012] EWCA 1580
Acting for the child in a care case involving injuries to a baby, in which the first instance findings of NAI were overturned on appeal on the ground that the judge had reversed the burden of proof.

A v A Local Authority [2009] EWCA Civ 1057
Care case involving parents from Muslim community where an order at first instance for disclosure of certain allegations to the Father was made. That decision of Hedley J was overturned on appeal to enable the completion of a risk assessment. Now a leading authority on non disclosure in family cases.

Re H (Children) [2006] EWCA Civ 1875, All ER (D) 294
Appeared for the police in the Court of Appeal. The case involved serious allegations of sexual abuse against both children and a vulnerable adult. The CPS had agreed that they could be cross examined in the care proceedings which had been fixed before the criminal trial in which the indictment contained 20 charges against the main alleged perpetrator. The officer in the case was belatedly informed what had been agreed and took issue with the arrangements on the basis that the vulnerable witnesses could not withstand cross examination on 2 occasions and that it would completely undermine the criminal trial. The trial Judge adjourned the care proceedings at the behest of the Police. On appeal the matter was academic as no new trial date could be provided before the criminal hearing.

Kent County Council v W and B
Care and placement order application for child at birth. Prevented applications for removal at birth and mid proceedings. Acted for the Father who had visual impairment opposing both the Local Authority and Guardians’ plans for his baby daughter, SB. She returned home under a supervision order. The Judge praised both parents’ Counsel for expert cross examination which had turned the case round.

A v A
Longstanding dispute between unmarried couple in which Caroline obtained the transfer of the legal title in a jointly owned home despite there being no precedent for doing so. On-going contact and residence proceedings resulted in Father having no contact to the youngest twin children, no parental responsibility for the eldest 3 and a s91(14) order for 2 years.

Six Pump Court presents a Family Law Update Seminar to be held in Maidstone in December to provide an overview of recent changes in family law. More details are below and a flyer for the event is available here Family Law Update – A Seminar Purpose:    This seminar will provide an ...

Science and Justice: The Family Courts

On 3rd December, Caroline Topping will speak at an event hosted by the British Academy of Forensic Sciences entitled 'Science and Justice: The Family Courts'. She will speak on the topic of Non-Accidential Injury within public family law. The event will be divided into three chaired sessions ...