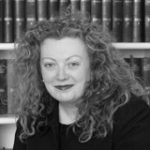 “She has a track record of the most serious sex cases.”

“A good advocate: a great tactician, charming and hardworking.”

“A top-rate advocate with a very appealing jury manner and robustness during legal argument.”

“An oasis of calm in a trial.”

“An impressive advocate with extensive and detailed knowledge of criminal law.”

“She is an expert in the field of child sexual abuse.”

She is counsel to Operation Pallial 2013 – 2018. Operation Pallial was formed to investigate allegations of child sex abuse in North Wales Children’s homes in 2012 by the Prime Minister, Teresa May. It is one of the largest investigations into child abuse in the UK to date. A number of cases are ongoing. She regularly lectures to those involved in the prosecution of such cases.

Operation Almond [2017] Ongoing. Instructed to advise precharge. Operation Almond is a Dyfed-Powys Police investigation into allegations of physical and sexual abuse of children at Rhydygors School in Carmarthen, during the years spanning 1976 to 1986. She is also instructed to advise upon abuse at a care home, namely Cartref-y-Gelli in Carmarthen between 1986 and 1990.

R v A [2017] Defence. Serious sexual offences where the complainant is 3 years old.

Operation Pallial [2013 – 2017] Prosecution. Junior counsel. She has been instructed to advise and review cases, as well as to prosecute at trial with leading Counsel and as Junior alone.

MURDER, HOMICIDE AND OFFENCES OF VIOLENCE

R v Osipov and others [2014] Defence. Multi handed two month section 18 trial. Only defendant to be acquitted of section 18.

R v Jackson and another [2013] Defence. Grave historic sexual offences and allegations of incest dating back to 1970′s.

R v X and X [2013] Parents accused of the grave sexual abuse of their young children and the recording of said abuse. Children too young to be called to give evidence at trial. Defence.

OTHER CASES OF INTEREST

R v Aboulkadir and others [2008] Junior counsel for the Crown in multi-handed multi complainant paedophile ring.

R v Eccles and another [2008] Junior counsel for the defence in a substantial class A drugs importation.

R v Smith and others [2007] Junior counsel for the defence in complex car ringing case. Involved the theft of plant and other vehicles by a sophisticated and professional criminal gang.

R v Wenham and others [2006] Represented first defendant in two month Conspiracy to pervert the course of justice / harassment case as Junior alone There were alleged to be 70 offences involved. Other defendants were represented by two counsel.

Catherine Donnelly, acting for the Crown Prosecution Service has secured the murder conviction of Trevor Brazier who has been found guilty of strangling a homeless man. A jury found Brazier guilty of murder at Maidstone Crown Court yesterday. Sentencing will take place tomorrow. Oliver Saxby QC, ...

Chambers congratulates Catherine Donnelly and Nina Ellin who have been successful in their applications to be on the CPS "serious crime" list at Level 4. Level 4 is the highest level and is reserved for barristers able to prosecute the most serious of offences. ...

In the latest hearing into allegations of historical abuse in the north Wales care system, a man previously convicted of serious sexual abuse and indecent assault at a care home in Wrexham, has had his sentence increased from three and a half years to five years and 10 months. Catherine Donnelly ...