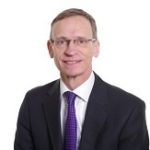 “He is very, very sharp and accessible, and has a crystalline mind.”

“The reference brain for water regulatory work, while practical and superb to work with.”

“He brings natural enthusiasm to projects and cases. He is a very solid professional who communicates well, is an excellent technician and has an excellent brain.”

“He is an expert in water and drainage law. A great man for attention to detail and he really gets to the bottom of arguments.”

“An expert in water issues; he has great enthusiasm for the subject and is one of the leading juniors in this area.”

“Charles Morgan is known for his “intricate knowledge” of water industry law. He also advises clients on cases regarding contaminated land, noise pollution and statutory nuisances.”

“He is very thorough and has excellent technical knowledge. A determined advocate.”

“…capable of producing a phenomenal standard of work and advice.”

Charles Morgan’s principal areas of practice are environmental law and commercial property law. He has a particular interest in all areas of water and water industry law which has led to appearances in a huge variety of courts and tribunals all over England & Wales including the Magistrates Court, Government Inspectors, the County Court, the Crown Court, the Queen’s Bench Division, the Chancery Division, the Technology and Construction Court, the Administrative Court, the Court of Appeal, the House of Lords and the Supreme Court. He also has extensive experience of areas of waste law, in particular the WEEE régime (he has appeared in both of the only two reported cases). He is equally confident in addressing public law and private law issues, which often arise together in environmental disputes.

Whilst a member of the Attorney-General’s Regional Panel Charles represented the Environment Agency in numerous important regulatory appeals before government inspectors as well as advising upon all aspects of the Environment Agency’s functions in relation to the aqueous environment. He also represented a large number of other manifestations of central government, in particular Her Majesty’s Revenue & Customs in the VAT And Duties Tribunal. He has always acted for local authorities and continues to do so, mainly in relation to compulsory purchase and compensation cases and other areas of environmental and property law.

Charles’ earlier career provided a thorough grounding in many aspects of Chancery commercial work including building and engineering contracts, insolvency, banking, insurance and sale of goods which render him an unusually versatile practitioner capable of recognising, understanding and advising fully upon all aspects of the real-life multi-faceted situations which affect businesses, individuals and public bodies.

Charles has been since 1992 a Fellow of the Chartered Institute of Arbitrators and has extensive experience of commercial arbitration and mediation, particularly in the fields of construction/engineering and property law.

Environment Agency v Dugbo and Jordan (2016) unreported (Crown Court at Leeds) – successful defence of the former director of a waste recycling company following a 7 week trial for alleged conspiracy to defraud producer compliance schemes by the large-scale production of false WEEE evidence notes and supporting documentation; co-accused received on conviction the longest sentence for environmental crime ever secured by the Environment Agency (7½ years). Specialist junior counsel on the regulatory and corporate aspects. Per His Honour Judge Neil Clark in his sentencing remarks: “What I found really amazing was the amount and complexity of the false paperwork. The scale of the investigation here was enormous.”

United Utilities Water plc and others v Environment Agency (2008) (Government Inspector) – statutory appeals under the Water Resources Act 1991 by six sewerage undertakers in 2008 following the final determination of c.4000 “deemed consents” granted on privatisation of the water industry in 1989

Roberts v Howlett [2002] 1 P&CR 19 (p.234) (Ch.D.) – construction of restrictive covenant to use premises only as a single private dwellinghouse – letting to students for profit – whether breach of covenant

Public inquiry into applications by Northumbrian Water Ltd. for consent to make discharges into the North Sea at Sunderland (2001) (Government Inspector) – representation of the Environment Agency at an ad hoc inquiry ordered by the Secretary of State into the adequacy of the proposed new sewerage system for Sunderland following public concern over the likely frequency and quantity of storm discharges from combined sewer overflows

Colvin v Watson [2001] PLSCS 130 (Ch.D.) – construction of restrictive covenants binding a residential estate – covenant against building on less than quarter of an acre – criteria for determining area of plot – extent of power of estate committee to withhold consent to development

Duffy v Newcastle United Football Co. Ltd. (2000) “The Independent” 7 July (Court of Appeal) – the “Save Our Seats” litigation – construction of “bond” entitling holder to seat in stadium – redevelopment of stadium – circumstances in which seat could be changed – Unfair Contract Terms Act 1977

“The fallout from the falling-out over the outfalls. The Manchester Ship Canal decision in the Supreme Court”
(2014) 24 Water Law 15
(republished in UKELA e-law November/December 2014 issue #85)

“The Right to Connect to A Public Sewer – A Moot Point. The Barratt Homes Decision in the Supreme Court”
(2009) 20 Water Law 28

Please contact Bridget Tough (bridget.tough@6pumpcourt.co.uk) for copies of the slides and/or the recording Six Pump Court Chambers is delighted to be able to host a re-run of our very popular ‘Piercing the Corporate Veil’ seminar as part of our series of 2020 webinars. WEBINAR Wednesday ...

Piercing the Corporate Veil: The Principle of 'Separate Legal Personality'

Six Pump Court presents the third in our series of Environmental Law Seminars to be held this year. Wednesday 20th March - Piercing the Corporate Veil: The Principle of 'Separate Legal Personality' Purpose: To examine the current legal trends that identify when it may be appropriate for a ...

**FULLY BOOKED** Six Pump Court presents the second in our series of Environmental Law Seminars to be held this year. Thursday 28th February - Company Directors and Environmental Responsibilities This seminar aims to examine the legal requirements placed on Directors in respect of the ...