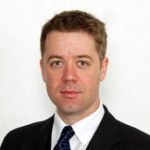 “He demonstrates razor-sharp attention to detail and precision in his analysis and delivery, and at the same time is commercially-minded, responsive, technically outstanding, down to earth and a real pleasure to work with.”

“The best senior junior regulatory counsel around and a formidable opponent who is outstanding on all fronts.”

“A leading junior in the field of environmental enforcement with an excellent grasp of the law.” “Chris is absolutely superb. He has such a great commercial nous and solution finding is very easy with him”.”

Winner – Environment/Planning Junior of the Year

“Whether defending or prosecuting on behalf of the Environment Agency, Christopher Badger has a “simply faultless” style in court and is “justifiably” ranked as a Tier 1 Junior in the environmental regulatory field.”

Winner – Real Estate, Environment and Planning Junior of the Year

“Chris is a true environmental specialist. An extremely professional and committed lawyer, he provides the balanced and pragmatic advice of one who both prosecutes and defends these matters.” “He is impeccable. He has extreme precision and thoughtful ideas.”

“He is simply faultless.”

“Leading lawyer for the regulatory aspects of environmental law, he advises the Environment Agency as well as corporate and individual clients.”

“Advocacy-wise he is excellent as he’s very calm and thinks before he speaks.” “He takes a logical approach to the issues and has a deep knowledge of the law.”

He is often asked to provide early stage advice into on-going investigations, both pre-interview and pre-charge, most recently for Clyde & Co., Kennedys, Eversheds, Kingsley Napley and Osborne Clarke as well as the Environment Agency. Recent written advice and lectures have included issues on water pollution, legal personality and “linked organisations”, the definition of causation, the meaning and treatment of hazardous waste, environmental liabilities for private investors and institutional and regulatory steps required to achieve ‘equivalence’ with current environmental standards in a post-Brexit environment.

Environment Agency v CRL & others
Counsel on behalf of the defendant Company in the Environment Agency’s largest ever hazardous waste investigation. Successfully resisted representations made to look beyond the individual legal personality and means of the defendant company and consequently limited financial penalties to £22,450 with no costs order. Instructed by Osborne Clark LLP.

Environment Agency v A Commercial Joint Venture (Bolton Crown Court)
Counsel on behalf of four multi-national organisations who formed a commercial joint venture to conduct construction and engineering works in conjunction with United Utilities Ltd. Criminal proceedings against all companies were pursued following a water pollution incident in the North West. The case has developed the concept of legal personality for an unincorporated joint venture. Instructed by Withers Worldwide LLP.

R v Rogers, Beaman and Tapecrown Limited (Court of Appeal) [2016] 2 Cr.App.R.(S.) 36; [2016] Crim LR 787
Guideline authority on the use of fresh expert evidence in appeals against sentence to the Court of Appeal. The case followed the imposition of a Regulation 44 Remediation Order in the Crown Court following a successful prosecution for waste offences.

Judicial review proceedings challenging the implementation of the EU ETS scheme
Currently instructed by two international corporates in a challenge to decisions by DECC under the regulations concerning the control of greenhouse gas emissions. Instructed by DLA Piper.

Environment Agency v UK Wood Recycling Limited (Middlesbrough Crown Court)
Complex prosecution of a wood waste recycling company for storing wood waste in a manner likely to cause pollution to the environment or harm to human health. Highly contentious, due to the imposition of fire prevention guidance on a sector of industry highly dependent on maintaining large stocks of combustible waste.

Environment Agency v S C Chadwick & Sons Limited
Counsel instructed in the first ever judicial review challenge to the service of a suspension notice by the Environment Agency under Regulation 37(3)(A) EPR 2010.

State of Guernsey v Secretary of State for the Environment and the Marine Management Organisation
Counsel instructed to urgently respond in judicial review proceedings following the decision of the UK to revoke reciprocal fishing licences issued to Guernsey vessels after Guernsey refused to be bound by UK quotas in conjunction with the EU’s Common Fisheries Policy.

A wastewater recycling company v Environment Agency
Judicial review proceedings, injunction proceedings and a planning inspectorate appeal against the imposition by the Environment Agency of both an enforcement notice and a suspension notice, effectively shutting down the business. Politically sensitive, due to numerous odour complaints and the involvement of MPs and DEFRA, legal action resulted in the staged continuation of the business. Instructed by Greenwoods

Environment Agency v WB Ltd & Others (Central Criminal Court)
Counsel instructed on behalf of two companies and their director who faced charges brought under the Transfrontier Shipment of Waste Regulations 2007. The allegations concerned the illegal export of 89 shipping containers of waste to Brazil, which prompted a complaint from the Brazilian government and subsequent repatriation of the waste. It was the largest prosecution of its kind to date and attracted considerable national press interest. Instructed by Withers Worldwide LLP.

U Ltd v Environment Agency
Counsel instructed on behalf of the Environment Agency in interim injunction and judicial review proceedings following the imposition of a suspension notice on a wood waste business due to a risk of serious pollution from fire.

Judicial Review Proceedings into costs recovery under COMAH Regulations 1999
Instructed by the Environment Agency in judicial review proceedings that challenged the legitimacy of costs recovery by the HSE for investigations into major accidents and the relevant factors to be taken into account.

R v McMurray & McMurray (St Albans Crown Court)
Prosecution of a haulage firm for offences of gross negligence manslaughter and breaches of the duty of care owed to its employees under the Health and Safety at Work Act 1974. Extensive corner cutting motivated by financial greed and a failure to follow appropriate regulations led to the tragic death of an employee of the firm who fell asleep at the wheel. Led by Charles Miskin QC.
BBC News Report
Daily Mail News Report

Environment Agency v Loveridge, Loveridge & Smith (Cambridge Crown Court)
Counsel for the Environment Agency in the prosecution of the highest risk site in the country, an unauthorised and highly contaminated end-of-life vehicle operation, in the face of direct threats to the safety of Environment Agency Officers and a threat of arson to their offices. Confiscation proceedings followed. This case attracted national press interest.

Environment Agency v Murrell & Murrell (Guildford Crown Court)
Counsel instructed on behalf of a multi-agency investigation involving the Environment Agency, Surrey County Council, English Heritage and Tandridge District Council into allegations of the operation of an illegal waste transfer station and illegal dumping in the immediate area of the “Large Multivallate Hillfort”, a scheduled monument at War Coppice Camp in Surrey, actions that have damaged the scheduled monument itself.

HSE v A (Northampton Crown Court)
Counsel instructed on behalf of one of the largest private landlords in the country for numerous allegations concerning breaches of his duties to tenants and uninhabitable properties.

RBKC v KCC Europe Ltd (West London Magistrates’ Court)
Counsel instructed on behalf of a construction company charged with allegations of numerous breaches of an enforcement notice. The local authority was forced into retracting the prosecution following an abuse of process argument that addressed critical failures to follow the correct enforcement policy.

HSE v Keen Construction Ltd (Reading Crown Court)
Counsel instructed on behalf of the HSE to prosecute a company following the near fatal accident of an employee at work. Instructed by Lester Aldridge LLP.

Environment Agency v Ford, Parish & Chilvers [2010] EWCA Crim 2631
(Snaresbrook Crown Court/Court of Appeal)
Counsel for the Environment Agency in the prosecution of an illegal waste disposal and dumping operation in Barking, involving 3 defendants and lasting 3 weeks at Snaresbrook Crown Court. Several technical arguments were raised by the defence concerning the interpretation of EU Directories, domestic and EU case law on the definition of waste and the extent of relevant exemptions. All arguments were resolved in favour of the prosecution.

An appeal against conviction was rejected at the leave stage following written representations that demonstrated that the defence propositions were simply unarguable. In an appeal against sentence, the Court of Appeal upheld the principle of the imposition of a joint and several costs order in criminal proceedings.

Environment Agency v Phillips (Kings Lynn Magistrates’ Court)
Counsel on behalf of the Environment Agency in the first criminal prosecution brought under the Import of Live Fish Act 1980. Politically sensitive, due to the potential negative impact on the eco-system were non-native fish to escape into the wild. Advice provided on evidential sufficiency and the use of trading names in licences. The defendant was successfully prosecuted and the maximum sentence was passed.

‘The Environmental Sentencing Guideline’ (Environment Agency, 20th and 21st May 2014)

Six Pump Court barristers Stephen Hockman QC, David Hercock and Christopher Badger have each been included in the Who’s Who Legal UK Bar 2021 list of leading barristers in Environmental Law, which lists the world's leading practitioners. A total of nine barristers were identified as leaders in ...

On 14th -18th June the UKELA conference will take place and we are delighted to be one of the sponsors once again. Members of Six Pump Court will be taking part and presenting some of the sessions:- 14th June – UKELA Water Working Party Panel session “Combined Sewer Overflows” ...

In a paper written for a recent webinar hosted by Six Pump Court, "Solar Salt Projects in Africa – A discussion of the key environmental & legal issues", Chris Badger discusses some of the environmental and legal issues that can arise in arbitration disputes, with specific reference to issues ...