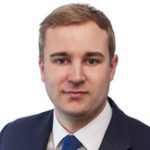 Craig was called to the Bar by the Middle Temple in 2010.

Craig is a busy and hard-working criminal practitioner. He is known for his thorough approach to his casework, as well as his empathetic attitude to those who find themselves appearing at Court.

He undertakes both prosecution and defence work across all areas of the criminal spectrum, including serious drug and violent offences.

Craig receives instructions from a wide number of defence solicitors, as well as the CPS and local authorities in both London and Kent.

Craig has appeared in Court of Appeal on behalf of both Appellants and Respondents.

In a verdict given today, the defendant was unanimously acquitted following a 5 day trial at Woolwich Crown Court of offences of Attempting to Cause Grievous Bodily Harm, Threats to Kill and two counts of Threatening to Damage Property (by fire). The allegation was that the defendant had sprayed ...

John FitzGerald and Craig Evans, instructed by Vymans Solicitors, represented one of 4 members of staff at Medway Secure Training Centre, a facility for child offenders, known as trainees. He was accused of misconduct in public office by assaulting trainees. The Crown’s case was largely based on ...

Craig Evans has successfully defended Haval Whab at Maidstone Crown Court who was acquitted yesterday after trial of wounding with intent and wounding in the alternative. The prosecution case was that at a Christmas celebration at the Tara Restaurant, Chatham, the defendant struck the ...