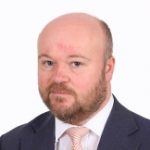 Daniel prosecutes and defends the most serious criminal offences, including sexual offences, drugs offences, fraud and offences of violence.

Daniel undertakes prosecutions for the CPS, including the Organised Crime Division (large-scale drugs importations) and the Specialist Fraud Division (evasion of duty on foreign cigarettes and tobacco), as well as for Royal Mail and the Department for Business, Innovation and Skills.

Recently, Daniel’s focus has been on the prosecution of serious organised crime (cigarette and drug importations and other drugs offences) and of serious sexual offences. Daniel is regularly instructed by the CPS London and SE RASSO Units to provide pre-charge advices, victim right to review advices and to undertake prosecutions in the most serious and complex historical sexual offences.

Daniel also receives instructions from defence solicitors for all manner of serious criminal offences and is often asked to undertake complicated cases involving difficult clients at short notice. He is praised for the thoroughness of his written advice and case preparation.

Daniel has significant experience in fraud and financial crime, including money laundering, forfeiture, deprivation and confiscation for the CPS, for local authorities, for HMRC and for defence solicitors.

Daniel also has substantial experience acting in regulatory and quasi-criminal offences for local authorities including for the London Boroughs of Ealing, Hammersmith and Fulham, Waltham Forest, Tower Hamlets, Kensington and Chelsea and the Cities of Westminster and London. In this capacity he has undertaken prosecutions for all manner of local authority offences including trading standards and food hygiene cases, street trading, noise abatement and Education Act prosecutions. Daniel has also prosecuted cases for Ofcom and has acted for the Security Industry Authority in resisting appeals against the refusal and revocation of door supervisor and CCTV operative licences.

R v BW, Isleworth Crown Court (2016): Prosecution of Defendant for over 70 offences of attempted rape, indecent assault and sexual assault committed against his daughter over a 10-year period;

R v Buciuta, Maidstone Crown Court (2015): Prosecution of importation of 130kg cocaine worth £18million into the UK on a school bus trip;
http://news.sky.com/story/bus-driver-smuggled-18m-of-coke-on-school-trip-10200929

Daniel Stevenson successfully prosecuted two accomplices who conspired to steal almost £320,000 from a cash-in-transit vehicle and to make a false report of a robbery to the police to cover up the theft. Cash-in-transit driver Jimmy Kursley Doolly and William Williams agreed with another ...

John O’Higgins, Nina Ellin and Daniel Stevenson were instructed for the prosecution in a case which involved a masked gang, armed with machetes, knives, crow-bars and cable ties, who launched an attack on dwellings in a travellers’ site in Lenham, Kent on 26th April 2016. They demanded large ...

Chambers is pleased to welcome Daniel Stevenson to the Crime team at Six Pump Court. Daniel prosecutes and defends the most serious criminal offences, including sexual offences, drugs offences, fraud and offences of violence. He undertakes prosecutions for the CPS, including the Organised Crime ...