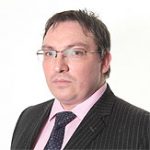 “He is very clear with his advice, very knowledgeable and has great skills on the regulatory side.” “One of the most diligent practitioners I have ever come across and very strategic in his approach to a case.”

“His attention to detail and willingness to prepare, even in the face of near impossible deadlines is massively impressive and, not to say, comforting at the same time.” (Health & Safety – Leading Junior)

“A real star of the future. Bright and enthusiastic, strong in waste and environmental permitting matters. The definitive team player and will spot things which are often missed by others.” (Environment – Leading Junior)

“”David Hercock is a favourite among clients, who praise his “thorough and diligent preparation” and his “approachable manner””.

“Very focused and bright.” “He is very capable on his feet and has attention to detail.”

“Thorough and clever, he applies himself to solving the issues with vigour and enthusiasm.”

“He is exceptionally bright and leaves no stone unturned.” (Environment – Leading Junior)

David specialises in all forms of regulatory and administrative law. He is ranked in the legal directories as a leading individual and is highlighted in the 2019 edition of Who’s Who Legal as one of only seventeen juniors recognised for their expertise in representing public and private sector clients in planning, environmental and administrative matters. The legal directories have described him as an “impressive courtroom performer” who is “exceptionally bright” and “authoritative yet approachable”. He has “garnered praise for his excellent knowledge of regulatory law” and “sources applaud his clear considered advice as well as his extraordinary attention to detail”.

He has substantial experience of regulatory prosecutions, judicial reviews and High Court appeals, statutory appeals, inquests, inquiries, tribunal procedures and claims before the civil courts. He has appeared in all levels of courts up to and including the Supreme Court.

David was a contributing author to Judicial Review Law and Practice (1st Edition) published by Jordans.

Significant cases include the following:

On 24 July 2019 the Supreme Court handed down judgment in R (on the application of Association of Independent Meat Suppliers and Another) v Food Standards Agency [2019] UKSC 36. The case involves a legal dispute as to whether slaughterhouse operators have a right to challenge the decisions of ...

Stephen Hockman QC and David Hercock succeed in the Court of Appeal in reducing a fine for health and safety offences by £420,000