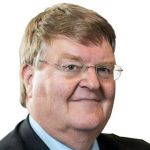 “He is commercially astute and pragmatic, technically excellent, responsive, charismatic and has an amazing ability to relate to people and build client trust.”

“Intellectually very strong” and “somebody I would go to if I had something really tricky that needed a great deal of thought. He’s good on strategy.”

“David’s great strength is that he can have a friendly conversation with clients where the news is bad and the law is tricky, allowing us to form a good strategy.” “He’s a go-to for something knotty that needs a great deal of thought”.

“He has an encyclopaedic knowledge of health and safety matters. He has excellent advocacy skills, and is able to present complex points in a direct and simple way so that juries can understand”.

“A popular choice for cases against environmental regulators, or for the Environment Agency in public inquiries”.

“A well-known silk for consumer law , he is a supremely calming presence in client meetings, completely on top of the law and the facts, and able to see the big picture”.

“He has the jury eating out of his hands”.

“A very intelligent man, a fearsome opponent and a very able barrister. He unquestionably knows as much about consumer law as any silk at the Bar. He is at the pinnacle of criminal consumer law.”

“A robust fighter. A pugilist!”

“He has an impeccable manner both in court and with clients”.

“A heavyweight with encyclopaedic knowledge”.

“A silent assassin with a huge brain: in a contentious situation, he’ll have spotted all the angles and witnesses don’t see him coming.”

“He takes the pressure off due to his calm demeanour.”

“He is meticulous in preparation and a great team player.”

“He has an exceptional skill level and his work is extremely good.”

“A class act, who is tactically brilliant and easy to use; clients love him and opponents fear him”

“Recommended for defending against environmental regulators”

“Witnesses underestimate him at their peril; he is a real heavyweight.”

“He has a calming influence and holds the attention of the court every time he rises to speak.”

“A real heavyweight – he is the QC clients ask for if they are in the know.”

David Travers is unique at the bar in being recommended as a leading barrister in the three fields of Health and Safety, Environmental Law and Consumer Law.

David Travers is recommended in the Chambers UK Bar Directory and Legal 500.  David Travers is ranked as a Leading Individual in Health & Safety by the international publication ‘Best Lawyers UK‘ (2019 edition). In February 2015 he was named Food Law UK Barrister of the Year in the annual Corporate LiveWire Lawyer Awards. To view the brochure click here. He has also been named top Consumer Law Barrister of the Year in the Finance Monthly annuals awards announced in April 2015. Click here for the full awards list.

David Travers acts for clients all over England and Wales, for businesses ranging from major industrial concerns and well known high street names to sole traders, as well as for Local Authorities and National Regulatory Bodies.

The vast majority of his practice is in Regulatory Crime (principally Health and Safety – including Fire Safety, Food Safety, Environmental Protection and Trading Standards) and Public Law (including Environment, Planning and Local Government matters). He has appeared in courts at every level from the Magistrates’ Court to the House of Lords as well as in disciplinary and professional conduct tribunals and inquests.  Many of his cases have been reported in the Law Reports or specialist publications and a number have received national publicity in the media (including successfully leading the defence in the case of Gillian Beckingham, the local authority architect accused of manslaughter after an outbreak of legionnaire’s disease at Barrow-in-Furness).

He is regularly instructed in the defence of prosecutions arising from work-related fatal accidents and is happy to be involved from an early stage helping guide the conduct of the case from before the PACE interview, through the inquest, to the final disposal. His food safety work generally involves serious food poisoning outbreaks.

He is particularly experienced in cases involving scientific or technical evidence.

As a junior he was a member of the Attorney General’s Panel of Counsel (Criminal) (List A).

David Travers also appears in cases involving the administration and governance of Local authorities and companies and in professional conduct and disciplinary matters.

He also appears in cases arising from breaches of planning control, management and deposit of Waste and other environmental protection matters including statutory nuisance. David Travers is particularly experienced in cases involving scientific or technical evidence. He has appeared at Public Inquiries in relation to appeals against refusal of planning permission and called in matters particularly in relation to landfill and waste management facilities and in appeals including in respect of Bye Laws, Waste Management Licences and Net Limitation Orders. He regularly advises in a wide range of Regulatory and Local Government matters and appears in the Administrative Court in respect of Judicial Review and Statutory Review. He appears for and advises both decision makers susceptible of Judicial Review and those who are challenging the lawfulness or exercise of discretion.

David Travers is a much sought after speaker at professional training events.

He has chaired or presented papers at numerous conferences in the past including:

In November 2016 he presented a paper on “The Autonomous Consumer and the Dutiful State” at Dalhousie University, Halifax, Nova Scotia at the first conference on “Food Law and Policy in Canada”.

In October 2016 he spoke on product recalls in a session entitled “Recalls, reputations and repeat business: bringing companies and their products back from the brink of disaster” at the International Bar Association Annual Conference in Washington DC.

In July 2016 he chaired the launch of the Catering Industry Guide for the British Hospitality Association at the RAF Club in London.

In May 2016 he chaired a conference at the House of Lords organised by the Business Accountability and Responsibility Centre at the University of South Wales.

In July 2015 he spoke at the Chartered Institute of Trading Standards Conference in Bournemouth.

In May 2015 he participated in a Moot for Lex Anglo-Brasil, together with the Bar Council of England and Wales Moot Night, as part of the Brazilian Judges’ Association (AMB) Second International Congress on 24 May.

In May 2014 he lectured on the new EU Regulation on the Provision of Food Information to Consumers (1169/2011 EC) at a forthcoming Royal Society for Public Health conference entitled ‘Allergies on a Plate‘.

September 2013: He taught a course on Professional Disciplinary tribunals. The course, entitled ‘Enforcing Professional Duties and Obligations’ was organised by CLT.

In October 2012: He presented a paper on “Taking Responsibility for Risk Prevention” in the Conference “Working Together for Risk Prevention, Management Leadership and Worker Participation”. The conference was organised by Cardiff & South East Wales Occupational Health and Safety Group, South Wales IOSH and South Wales Construction Safety Group as part of European Safety Week.

April 2012: He addressed the Local Government Group of the Law Society at the annual Week End School where he was invited to make the after dinner speech.

April 2012: Delivered his Inaugural Lecture “Taking Responsibility” – on the duties of directors – on his appointment as Visiting Professor at Newport Business School.

March 2012: Presented a paper “The Galefreyan Conundrum” on “Chemicals in the Environment” in the Castle Lecture Series at the Atheneum.

January 2012: Solicitors in Local Government (Northern Group) on “Judicial Review – How to avoid it”?

December 2011: presented a paper entitled “Guideline Daily Amounts: Knowing What You Can and Can’t Claim on Your Labels” at the c5 Conference “Food Safety, Health Claims and Regulation in Europe” in Brussels.

July 2011: presented a paper entitled “The Framework Directive – a wasted opportunity?” at the European Environmental Law Association Seminar on the “EU Waste Framework Directive (WFD) and its Transposition by EU Member States, and Potential Impacts on the Regulated Community“ at Oriel College, Oxford.

May 2011: chaired a conference organised by Central Law Training on “Corporate Governance for Local Authorities” and presented a paper entitled “Controlling the Quality of Decision Making“.

David Travers is co-author with Giles Atkinson and Noemi Byrd (also of Six Pump Court Chambers) of a new publication Planning Law and Practice published in April 2013 by Wildy, Simmons and Hill.

He is co-author of a new book ‘Planning Enforcement’  published by Wildy, Simmons and Hill in 2015.

David has also written on the regulation of directors, most recently in the International Journal of Law and Management, in a special issue on responsibility and accountability in business. His article, entitled ‘Towards Professional-Model Regulation of Directors’ Conduct’, appears in Int. JL.M. (2013) 55 (2) 123-140.

When is food waste not waste?

David Travers QC spoke at a recent food waste webinar hosted by the Institute of Food Science and Technology. The webinar was organised jointly with the IFSTs Food Regulatory Group, Midlands Branch and the Sustainability Steering Group and was aimed at food manufacturers, suppliers, retailers, ...

David Travers QC took part in a virtual conference as part of the English Law in Colombia programme. With opening remarks from the President of the Law Society, David Greene and the Chair of the Bar Amanda Pinto QC, the event was skilfully organised and supported by the British and Colombian ...