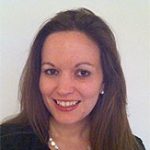 Isabella undertook pupillage at Six Pump Court, and joined chambers upon its completion in 2010. She maintains a broad practice across a number of areas of chambers’ work, with a particular focus on the following:

Isabella accepts instructions in all areas of civil and commercial law, with her practice ranging from contractual disputes, cases of personal injury and property and landlord and tenant matters.

Her broad practice also includes civil applications for cash forfeiture under the Proceeds of Crime Act 2003, remedies under the Anti-Social Behaviour Crime and Policing Act 2014 and Domestic Violence Protection Orders under the Crime and Security Act 2010.

As well as appearing in Court, Isabella also advises on paper, and is regularly instructed to draft pleadings, submissions and applications at all stages of proceedings.

Having practised extensively in family law earlier in her career, Isabella continues to regularly appear in the Family Court in relation to applications concerning the disclosure of material between the family and criminal jurisdictions.

In 2014 / 2015 Isabella represented Kent Police in a long running matter before the High Court concerning complex issues of disclosure arising out of three sets of linked care proceedings running concurrently to a multi handed trial in the Crown Court relating to significant charges of child trafficking and sexual exploitation.

Other recent cases include:

Isabella accepts instructions in all areas of planning law, and is regularly instructed to advise on paper and appear at inquiries.

Isabella also has experience of prosecutions and related confiscation proceedings arising from alleged breaches of planning laws before both the Magistrates’ Court and the Crown Court.

Isabella also has experience of representing the Nursery and Midwifery Council and the General Dental Council at disciplinary hearings instigated against nurses and dentists.