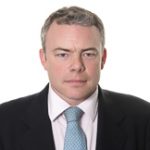 “Well known for defending across a purview of serious criminal matters.”

“His direct approach helps him fight cases that look hopeless”

“An advocate who justifiably inspires loyalty in clients.”

John FitzGerald is an established and busy practitioner on the South Eastern Circuit. He specialises in defence work and has developed a highly successful practice encompassing all areas of serious crime. He is recommended as a Leading Junior (London Bar – Crime) in the 2015 edition of the Legal 500.

John has experience in a wide range of cases including murder, attempted murder, manslaughter, kidnapping, armed robbery, Section 18 and other offences of violence. He has also defended in cases of rape, sexual offences involving children, death by dangerous driving, large drug supply conspiracies, fraud, and other offences of dishonesty. John also has experience appearing in Courts Martial. John is also a Grade 4 prosecutor and RASSO approved counsel.

Recent examples of his work include:

R v Thompson & Others (2019) Prosecuting 4 defendants aged 16 and under for a hatchet attack on a boy in the street in South London.
Click here for news item

R v King & Others (2019) Defending the organiser of a conspiracy to import illegal immigrants using a RHIB to cross the English Channel and back under cover of darkness. The evidence was a complex web of police surveillance, maritime expert evidence and mobile phone contact and cell site analysis.
Click here for news item

R v Macdonald (2018) Junior counsel defending one of four men man charged with the murder of a homeless Romanian man who was beaten to death in parkland on the outskirts of Maidstone. There were no witnesses to the incident but the defendant’s ran cut throat defences.
Click here for BBC News Report

R v Evans (2018) Defending one of four defendants caught by under cover filming by the BBC’s Panorama programme of allegedly mistreating trainees in their charge, at a young Offender’s Institute at which they worked as Security Officers. The defendants were accused of misconduct in public office in a trial that lasted 2 months.
Click here for BBC News Report

R v Obasa (2018) Defending a man accused of raping a child at a party. The defendant and his co-accused were foolish enough to film the event on their mobile phone and then passing it around via social media leading to prosecution for a number of offences including the rape.
Click here for news item

R v Thornton (2018) Defending a man accused of being in charge of a dangerous dog whilst out of control which savaged an 18 month toddler, removing the majority of her scalp.
Click here for news item

R v Collier (2018) Defending a man charged with a series of assaults with intent to commit a sexual offence. CCTV evidence, combined with cell site analysis and ANPR hits showed a pattern of the defendant driving around Canterbury late at night apparently prowling for victims. On two occasion he attacked them and assaulted them trying to remove their lower clothing. He was identified by complex DNA analysis.
Click here for news item

R v Hayes (2018) Defending a man charged with a campaign of rapes and sexual assaults on his sister when he was 17 and she was 11. By the time of his prosecution the defendant had been diagnosed with multiple sclerosis.
Click here for news item

R v Reshea Bell (2017) Defending one of four men accused of a gang land shooting and armed robbery in Birmingham. Complex CCTV analysis created a 154 page ‘story board’ of events showing events before, during and after the shooting.
Click here for BBC News Report

R v Carty (2017) Defending a leading Birmingham gang member accused of conspiracy to supply prohibited weapons. The defendant was serving an indeterminate sentence for attempted murder with a firearm and accused of running the movement of handguns from London to Birmingham from his prison cell. His co-conspirators were gang members in Birmingham, other individuals in West London as well as other serving prisoners. The evidence was a complex web of mobile phone analysis and surveillance.

R v Drohan (2017) Defending a man, now 23, accused of raping his sister when he was 12 and she was 8. The back drop to the case was a miserable childhood for both involving a bitter separation of their parents and ensuing custody battle. In his interview, the defendant suggested his father may be responsible for the rapes. Disclosure revealed that social services had been involved to a great extent. The Crown relied on the sister’s evidence as well as the two parties’ mother, to whom the defendant had allegedly confessed to raping his sister on several occasions. The Crown also sought to rely upon the defendant’s counselling notes in which he had made some graphic and startling admissions but these were successfully excluded. The evidence having closed and prosecution counsel having concluded her closing speech, a witness for the defendant came forward, which potentially undermined the evidence of admissions to the mother. Leave was given to call that further witness between counsels’ speeches.

R v Gordon (2017) Defending a man at the top of a Kent drug dealing hierarchy. In the course of pursuing his debts, the defendant kidnapped one male and falsely imprisoned another. During the course of the day he took them to a secluded area and stuck a firearm in one of their mouths, made them take their shoes and socks off and used a hammer against their feet as well as assaulting them in other ways. He was arrested in possession of weapons, drugs and cash.

R v McGlasson (2017) Defending a man with severe OCD accused of the new offence of controlling and coercive behaviour of his wife. The defendant was accused of imposing a life of such behaviour on his wife – 19 years of their marriage and then, once granted bail, the same behaviour towards his mother

John lives just outside Tunbridge Wells with his wife and 3 children. He enjoys mountain biking and is a keen amateur photographer and avid rugby follower.

The trial of Auremas Vilius and Klaudijus Klimanskis began last week. They are charged with the murder of a man called Edvardus Barsevicius. Oliver Saxby QC and John Fitzgerald, instructed by Reeves and Co, are representing the first defendant, Vilius. The Crown’s case is reliant on detailed and ...

John FitzGerald and Craig Evans, instructed by Vymans Solicitors, represented one of 4 members of staff at Medway Secure Training Centre, a facility for child offenders, known as trainees. He was accused of misconduct in public office by assaulting trainees. The Crown’s case was largely based on ...

Richard Barraclough QC and John Fitzgerald are representing one of three men accused of beating a homeless Romanian man to death in a nature reserve on the outskirts of Maidstone in May 2016. His body was found by dog walkers the following morning but there were no witnesses as to what ...