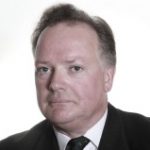 “He is very intelligent and diligent. He is very much feared by his opponents.” “His preparation, skill with clients and court manner are all very impressive.”

“A very strong advocate with an air of authority.”

“Very intelligent, tactically astute and inspires confidence in his clients.”

“An accomplished junior who has acted in a vast number of cases, including those concerning homicide, serious violence, sexual offences and fraud.”

Strengths: “A really canny operator and a first-rate advocate.”

“He’s an extremely confident and commanding advocate, capable of undertaking the most serious work. His written work is also excellent: prompt and succinct.”

“An instinctive advocate and excellent cross-examiner”

“This senior junior both defends and prosecutes complex and high-profile cases such as gangland shootings and homicides.”
Strengths: “He is an exceptional advocate who has a commanding courtroom presence. He is a fearless opponent who nevertheless possesses the soft skills to deal with the most vulnerable of clients. He quickly identifies the heart of a case but also finds points of law that elude others.”
Recent work: Prosecuted in the high-profile Lee Birch murder trial.”

“He is an intense advocate who certainly gets the jury’s attention.”

“He is an individual with acute intelligence, who is passionately committed to his clients and works incredibly hard for them.”

“Very popular with juries, and persuasive in his advocacy.”

John O’Higgins is a leading junior who has specialized in Criminal Law for over 25 years. He has an enviable reputation as a formidable advocate. He is known in particular for meticulous preparation and this provides the basis for an impressive success rate.

His particular areas of expertise include homicide, serious violence, sexual offences, drugs and fraud. Having defended exclusively for his first fifteen years in practice, in the last ten years he has developed a substantial prosecution practice and now divides his time equally between prosecution and defence.

He has appeared in numerous cases of homicide including murder, attempted murder, manslaughter and causing death by dangerous driving. In 2013 he successfully defended Sarah Ripley [with Richard Barraclough QC] leading to her acquittal of both murder and manslaughter. That year he also prosecuted Nathan Rawling who was convicted of a life-threatening attack on a 30-day old baby. In 2014 he successfully defended Marcia Francis who was acquitted of attempted murder and prosecuted Lee Birch who was convicted of the murder of his ex-wife.

As of autumn 2014, he is appearing as leading counsel for the prosecution in a 14-defendant Conspiracy to Commit Fraud by False Representation and Money Laundering case. Later in 2014, he has been retained to defend in the “clingfilm” homicide trial at Canterbury Crown Court.

John O’Higgins is recognised in the leading Bar Directories. He has appeared for the last six years in the Legal 500 (Crime) as “first rate” [2011], for homicide, drugs and fraud [2012] and as “excellent at supporting the solicitors who instruct him” [2013]. In 2014 he was ranked as a “leading junior” on the South Eastern Circuit and described as “extremely thorough in his preparation of a case”.

John O’Higgins has been appointed as a “Grade 4” prosecution advocate and is a member of the specialist rape panel. He is the immediate past “Senior” of the Kent Bar Mess.

John O’Higgins, Nina Ellin and Daniel Stevenson were instructed for the prosecution in a case which involved a masked gang, armed with machetes, knives, crow-bars and cable ties, who launched an attack on dwellings in a travellers’ site in Lenham, Kent on 26th April 2016. They demanded large ...

Following a trial lasting almost three weeks, a defendant accused of being the leading figure in an organised crime group responsible for importing and distributing millions of pounds worth of cocaine has been acquitted on all charges. Six defendants were accused and this defendant was one of two ...

Russell Broughton was accused of a punishment shooting which involved the shooting of a man in the legs with a sawn-off shotgun at point blank range. On Thursday 1 March, after a trial lasting nine days at Birmingham Crown Court, he was unanimously acquitted by the jury on all counts after a ...