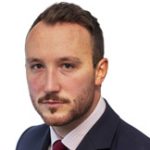 “Kieran is extremely personable and knowledgeable in all areas of criminal law. An exceptional advocate.”

“He has extensive knowledge, good client care skills, and is highly respected on the circuit.”

“An able and very talented junior; insightful, knowledgeable and on top of his case.”

Kieran Brand both prosecutes and defends in the most serious of criminal cases.

He specialises in defending those who face sexual allegations including rape, historic sexual abuse and other sexual offences committed against vulnerable complainants and children. He has considerable experience in cases involving organised crime including commercial-scale drug importation and supply operations, people trafficking and money laundering. He also regularly acts in cases involving violence.

Kieran has also represented clients facing disciplinary proceedings brought by professional bodies such as the General Dental Council and Security Industry Authority. He also has experience of both defending and prosecuting in proceedings involving regulatory and quasi-criminal offences brought on behalf of local authorities.

R v RB (2021) Defending a man charged with historic indecent assaults of complainants aged between 5 and 8 in the 1990s.

R v GR & Others (2021) Prosecuting four defendants charged with the stabbing of a teenage girl and the subsequent intimidation of witnesses present at the scene.

R v TN (2021) Defending a man acquitted of allegations of rape and other sexual misconduct made by two separate complainants.

R v CG & Others (2021) Defending a child with significant learning difficulties alleged to have been be part of a group who intentionally inflicted life changing injuries to a German student who was visiting the UK.

R v TD & Others (2021) Defending one of a group of people charged with a conspiracy to transfer criminal property totalling c.£12 million using international lorry drivers.

R v DW & Others (2020) Led junior representing the director of a renewable energy company acquitted of the fraudulent sale of solar panels and related energy products to elderly and vulnerable consumers across the country.

R v MP (2020) Defending a foreign lorry driver charged with causing the death of a motorcyclist by driving dangerously.

R v TM (2020) Prosecuting a man convicted of wounding with intent and perverting the course of justice after he stabbed a man and then provided a false account to the police as to the identity of the assailants.

R v BI & Another (2019) Defending a foreign coach driver acquitted of smuggling illegal entrants into the UK inside a purpose-built hide constructed within the luggage compartment of his coach.

R v VC & Another (2019) Defending a man charged with conspiring to cause explosions after he and others had used IEDs to blow up ATMs and steal their contents.

R v CD & Others (2019) Led junior defending a man charged with conspiracy to kidnap and cause GBH with intent.

R v CD & Others (2018) Led junior defending a man charged with conspiracy to supply over a million pounds worth of class A drugs.

R v CD (2018) Prosecuting a man charged with trafficking 7 illegal entrants into the United Kingdom in the back of the van.

R v SK (2018) Defending a man acquitted of raping a homeless woman he had invited into his home after finding her sleeping rough.

R v PS (2018) Defending a man charged with the historic sexual abuse of his nieces in the 1990s when they were aged between 5 and 10 years.

R v GM (2018) Defending a man charged with the historic sexual abuse, including attempted rape, of his step-daughter.

R v MC & Others (2018) Led junior defending one of a number of men accused of misconduct in a public office arising out of an undercover Panorama programme, which allegedly exposed the mistreatment of detainees by staff at the Medway Secure Training Centre.

R v DR (2017) Defending a man charged with sexually abusing his daughter when she was aged between 5 and 7 years. She was aged 8 when she gave evidence at trial.

R v MT (2016) Defending a man charged with 12 sexual offences, including rape of a child under 13, committed against the daughters and half-sister of a family friend. The victims were aged 6, 7 and 11 respectively.

R v JA & Another (2015) Defending a man acquitted of knowingly importing class A drugs into the UK.

R v D (2015) Defending a man acquitted of affray and wounding with intent arising out of a street fight between two gangs of foreign nationals in Folkestone.

R v CG (2014) Defending a man charged with the indecent assault and rape of his younger half-sister in the late 1990s when they were both children.

R v M & Another (2014) Defending one of two men charged with armed robbery arising out of a turf war between two rival drug suppliers.

R v C & Others (2013) Defending one of a group of men charged with conspiracy to steal who had been masquerading as police officers and stealing money from foreign nationals.

R v S (2013) Defending a man acquitted of unlawfully wounding his partner with a meat cleaver.

After 2 weeks in retirement, the jury in the trial of James Carragher returned their verdicts at around lunchtime yesterday. Mr Carragher faced 62 counts of serious sexual abuse (including 12 counts of buggery/attempted buggery) relating to 16 complainants dating back to the 1970s and 1980s when ...

The trial of James Carragher, charged with numerous serious sexual offences dating back to his leadership of the St Williams Boys’ Home near Market Weighton in the 1970s and 1980s, is nearing its conclusion. Mr Carragher is represented by Oliver Saxby QC and Kieran Brand, instructed by Christian ...

Oliver Saxby QC and Kieran Brand have begun their defence of James Carragher, the catholic De La Salle Brother charged with sexually abusing 15 young boys in his care at the St Williams Children’s Home near Market Weighton in Yorkshire in the 1970s and 1980s. The trial at Leeds Crown Court is ...