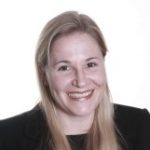 Lucy has gained a wealth of experience in the field of defending and prosecuting sexual offence cases.  She has acted alone and as a led junior in complex cases involving young defendants, multiple historic allegations and abuse cases involving young and vulnerable victims.  She contributed to the original publication of the “Sexual Offences Referencer” (Oxford University Press) written by Eleanor Laws QC and HHJ Patricia Lees and is currently assisting with the second edition.

Lucy has a defence and prosecution practice spanning the spectrum of criminal offences including serious violence; drug possession, cultivation and supply; sexual offences; dishonesty; duty evasion and illegal entry; weapons and road traffic offences.  In addition Lucy has considerable experience of a range of fraud, money laundering and financial crime offences.  Including, in particular, cash forfeiture proceedings and confiscation under the POCA and has lectured the Police on the law and practice in this area.  She is currently instructed by the defence in relation to an alleged VAT fraud.

Lucy has acted as a led junior in complex and multi-handed cases for both the prosecution and defence and has experience in cases involving covert surveillance: sensitive material and public interest immunity, expert evidence including DNA, fibres, computer, sat nav and mobile phone analysis incorporating cell site analysis, tachograph analysis, vulnerable victims and intermediaries and third party material disclosure issues.  Examples of cases in which she has been led include:

Lucy is regularly instructed in an advisory capacity by the Police in relation to serious matters concerning ancillary orders for Sexual and Dangerous Offenders.  She has also appeared on behalf of the Police in relation to civil applications for Anti Social Behaviour Orders, Sexual Offences Prevention Orders, Foreign Travel Orders, Closure Orders and in Firearms Licence Appeals.

Lucy has experience in advising and appearing the criminal courts in cases involving food safety, trading standards and consumer protection, benefit fraud, planning enforcement and licensing.  Specific cases she has been involved in include: a takeaway infested with rats where rat droppings were found in the food, unclassified pornographic films, the selling of counterfeit goods on eBay, unlicensed taxi cabs, council tax and benefit fraud and breach of planning requirements under the TCPA.

R v Gale – Arson with intent to endanger life – Defended Offender who set fire to his house with his three children and partner inside, the youngest, a one year old baby was rescued by a neighbour.
Click here for News Report

R v A – Sexual assault – Successfully defended Offender accused of sexually assaulting a vulnerable woman suffering from learning difficulties and a personality disorder in her own home.

R v Dash – S.18 OAPA – Prosecuted Defendant accused of gouging the eyes of his victim leaving his blind in one eye and impaired in the other.

Other cases of note:

R v Stannard [2012] – Fraud offences –Defended Kent Social Services worker who stole thousands of pounds from her employer, taken from an emergency fund for vulnerable children, she was sentenced to a suspended prison sentence.

R v H [2012] – Child cruelty – Defendant prosecuted for child cruelty against his partner’s 4 year old son.  Evidence given by the son through an intermediary.

R v Tapp & Wales – Indecent images – Prosecuted in nationally reported case involving a Mormon bishop who was charged with 34 offences relating pornography images (24,000). During the search of his computer equipment Police found evidence of extreme online chats with a 12 year old girl who was revealed to be his co-defendant, himself a convicted paedophile, whose own computer contained child pornography images.

Lucy has considerable experience of representing the defence and prosecution on appeals in the Court of Appeal Criminal Division.

A regional heat of the Bar Mock Trial Competition 2019/20 was held last weekend on Saturday 9th November 2019 at Maidstone Crown Court. Organised by Young Citizens (an initiative of the Citizenship Foundation charity), the heat saw school teams from across the South-East present jury trials ...

Eleanor Laws QC and Lucy Luttman successfully defended a former Head Teacher of a Boys School in Brighouse, West Yorkshire. The Head Teacher was charged with nineteen charges of serious sexual abuse upon 4 former pupils. A jury found Peter Merrick, 67, not guilty of the offences alleged ...