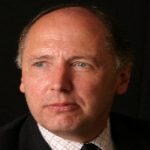 “Specialist regulatory practitioner, with a wealth of experience and expertise across the full breadth of health and safety law. He is renowned for his capabilities across many sectors, and handles cases relating to anything from railways and construction projects to explosive substances and lifting equipment”.

“He is first-rate in terms of tactics and a shining example how to talk to a client rather than at a client.” “He is very calm and fair as a prosecutor.”

“He combines pragmatism, a great eye for detail and tenacity with great client care skills”

“Mark Harris is an exceptional lawyer. He has the ability to see the wood from the trees and to set out complex issues in a simple and concise manner which allows the client to both understand the risks faced and the best line of attack.”

“…the most razor-sharp mind in this area…a really top operator.”

Standing Counsel to the Health and Safety Executive since 2004

Mark has a prominent reputation in his almost exclusively regulatory practice. Mark undertakes matters such as pollution control, waste management and the disposal of dangerous substances. Coupled with his health and safety practice, Mark also has substantial background and experience in inquest law. Mark is recommended in Chambers & Partners Directory 2017 and Legal 500 2016 in Health & Safety (Tier 1) and Environment (Tier 1).

Mark Harris was also awarded the Junior of the Year – Environment at the Chambers UK Bar Awards 2016.

Mark has acted in high profile environmental and regulatory criminal proceedings including the Buncefield case (R v Total (UK) Ltd and Others) brought by the Environment Agency and the HSE against the oil companies involved.

Mark is one of very few, if not the only member of the Bar to have completed the Basic Offshore Safety Qualification permitting visits to offshore structures for the purposes of site visits.

Mark offers a comparatively rare practice combining, in almost equal parts, regulatory work in both Environmental Law and Health & Safety for which there is a significant degree of cross-fertilization of principles and expertise.

Mark has a longstanding (over 30 years) active interest in both the legal and practical and technical aspects of IT. Historically that led to him undertaking a range of cases under both the Copyright Designs and Patents Act 1988 and the Trademarks Act 1994, as well as advising on LPP issues arising from seizures of computer hardware. He continues to be asked to advise on these issues.

A selection of other current and recent cases are listed below:

NRW v Parry & Evans, Stephen Evans & Ors (2013 – 2017)
Represented a paper company and the Managing Director in a long running prosecution by National Resources Wales alleging breach of the Transfrontier Shipment of Waste Regulations in respect of the export of paper to China. The principal case alleged excessive contamination of the paper sent for recovery and arose when containers containing waste paper were returned from China. On the basis of work undertaken by and on behalf of these defendants (but which also resolved the case against the other, much larger, company also prosecuted) it was demonstrated that the waste returned was not that which had originally been consigned and, despite stiff, even intransigent, resistance, the prosecution was eventually forced to abandon its case. It nonetheless pursued minor regulatory issues relating to the company’s site and, whilst the company accepted the technical breaches, it disputed the factual basis of the prosecution case. It was again successful and only nominal penalties – derisory in comparison to the time and effort expended by NRW in pursuing the case – were imposed. This case followed an similar earlier one of Environment Agency v Ideal Waste at Kingston Crown Court in 2013 which had also been successfully defended.

Lancashire County Council and the Environment Agency v Tesco Stores Limited (2017)
Represented the company in a prosecution arising from the escape of 25,000 litres of petrol from a supermarket petrol filling station at Haslingden, Lancs., in July 2014. The petrol not only polluted local rivers and watercourses but also entered the drainage systems of local residential properties and a sewage pumping station. Fumes caused short term illness to residents and required some to leave their properties. The background to the case was failures of systems and management of petrol filling station management going back over a number of years. The company was prosecuted for a health and safety offence under the Dangerous Substances and Explosive Atmospheres Regulations by the local authority (the Petroleum Licensing Authority) and by the Environment Agency under the Environmental Permitting Regulations. Although the actual damage caused by the incident was not great (and nowhere near the scale of the Buncefield incident – see below) the case was understandably prosecuted on the basis of risk. It therefore brought into sharp focus the application of the increment to be applied to sentences imposed on Very Large Organisations (turnover in excess of £50m) under both the Health and Safety and Environmental sentencing Guidelines (which were not in force at the time of the Buncefield incident). Fines totalling £8m were imposed (£5m for the H&S offence; £3m for the Environmental offence).

Re. Litvinenko Inquiry (2015-2016)
Mark Harris has advised the Environment Agency and assisted in preparation of a lengthy statement to the Inquiry by the EA on the available sources of Po-210 in the UK and the way in which it is regulated. The Environment Agency are responsible for managing and regulating hazardous substances in the UK, including substances such as that which killed Litvinenko, Polonium-210. The EA was been called to the Inquiry as a witness and Mark Harris represented the EA.

Gbangbola Inquest (2016)
Surrey Coroner’s Court (HM Senior Coroner Richard Travers). Represented the Environment Agency in a seven week inquest into the death of a 7 year old boy at Chertsey, Surrey, in February 2014 at the time of the serious flooding that was then afflicting much of the country. The child died at home in a riverside property which was subject to flooding and adjacent to a historic landfill site. His parents had used both electric and, significantly, a petrol pump, to control flooding at the house. Although the initial medical conclusions as to the cause of death indicated carbon monoxide poisoning, they were not definitive and the position was complicated by the fact that the initial evidence, including some provided by Environment Agency witnesses, suggested that Hydrogen Cyanide readings had been detected by Fire Officers on an early visit to the property. Because the death occurred at the time of the national flooding there was also some material to suggest that the presence of Hydrogen Cyanide at the property had been considered during Cabinet COBRA meetings convened to formulate the national response to the flooding. The suggestion of Hydrogen Cyanide poisoning as a cause of death was supported by medical evidence obtained by the family and inevitably the suggestion that act or default by public authorities had caused or permitted the escape of the gas led to the inquest assuming proportions and a significantly greater media profile than might otherwise have been the case. Not only were enquiries pursued through the Cabinet Office but a significant portion of the inquest was devoted to exploring the planning and regulatory history of the adjoining disused landfill for evidence of the deposit of materials which could generate Hydrogen Cyanide and for evidence of the escape of the gas. This entailed a very extensive search by the Environment Agency through the historical records held by it and by predecessor authorities into the regulation of the site and representation of the Agency involved the management and deployment of that very extensive material in a way best calculated to assist the Coroner. The eventual conclusion as to the cause of death was Carbon Monoxide poisoning, but only on the balance of probabilities.

R (Office for Rail Regulation) v West Coast Railway & Martyn Cox (2016)
Representing ORR in prosecution of WCR and Cox arising out of incident in which a historic steam train with 450 people on board had its automatic braking system deliberately disabled and so passed a red signal at danger (Cat 1 SPAD) and eventually came to a halt on a crossing where it missed a fully loaded (400+ passengers) HST 125 by less than 1 minute. Case involved multiple technical issues on the operation of steam locomotives and the operation of historic trains on the main express rail network.

R v Sembcorp Ltd & Others (2016)
Representing Sembcorp in a prosecution arising from serious, life-changing, accident which occurred when pressure testing a boiler. Systems and equipment failures meant that a number of other people besides the injured person were also exposed to the risk of serious injury. Defendants also include the specialist contractors. Case raises interesting questions about the recognised methods of pressure testing boilers and whether new technology means that it is reasonably practicable to approach the whole subject in a completely different way. In the event of a conviction, the case is also likely to be an early example of a very large company being sentenced under the new Guideline.

R (Environment Agency) v Imerys Minerals Ltd (2016)
Representing Imerys Minerals Ltd. The case centres around the discharge of chemicals into the River Par and the Rocks Stream in Cornwall by the company. The allegation is that the discharge caused a very significant fish kill but very unusually causation is in issue based on very extensive scientific evidence.

Re: Phillips 66 Ltd (2016)
Advising subsidiary of Total Oil as operator of an oil refinery on responses to Notices issued under the Environmental Permitting Regulations seeking to establish criteria for compliance with the Industrial Emissions Directive. Compliance has very significant financial implications and therefore response to the notices has very real prospect of generating challenges by Judicial Review and, ultimately, ECJ reference.

Some other notable cases:

R v Kier MG Ltd and others (2015)
Represented Kier MG Ltd, a significant construction company in a CDM case. The case concerned a trench collapse which took place at a drainage works where works were being carried out along a road in Holbeac, which resulted in the serious injury of a worker.

Operation Nitrogen case (2015)
Represented the Environment Agency in an on-going prosecution.  The case involving the illegal deposit of hazardous waste in East Anglia over a period of 6 years by a company called ‘Re-Agg’ (Recycled Aggregates).

HSE v British Sugar (July 2014)
Case concerned a boiler explosion at a British Sugar plant at Telford. The case raised interesting issues regarding the abuse of process because of delays arising from the exceptionally long wait for an expert’s report.

HSE v Wallop Defence Systems (2012)
Company pleaded guilty to offences under s.2 and s.3 of the Health & Safety a Work Act 1974. Case involved and explosion of nitroglycerine created in the production process for aircraft decoy flares which caused a fatality.

Environment Agency v Biffa Waste Services (2006)
Case concerned the requirements of a Pollution Prevention and Control Permit, the evidence of a local environmental officer and the role of the courts in establishing the level of nuisance caused by odours and emissions.
[2006] EWHC 3495  12/12/2006. Reported at [2007] Env LR 16. Click here for the Judgment.

Stephen Hockman QC, David Travers QC, William Upton QC and Mark Harris feature in the latest edition of The Best Lawyers in the United Kingdom. Best Lawyers® has been publishing highly regarded guides to the legal profession for over 30 years and operates in more than 70 countries worldwide. ...

Water company fined over £200,000 for sewage pollution in Cornwall

In a case brought by the Environment Agency, South West Water has been ordered to pay £205,000 in fines and costs for discharging sewage into the Fal Estuary in Cornwall, near shellfish beds within a Site of Special Scientific Interest (SSSI) and Special Area of Conservation (SAC). The case was ...