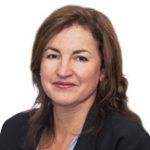 “A great leveller who sees the bigger picture – she gives advice that may be unpalatable in a diplomatic and yet robust form.”

“Extremely practical, persuasive, articulate and popular with the court and clients.”

Nominated for Real Estate, Environment and Planning Junior of the Year

“Her thoughtful and well-informed manner provides a calming and confident influence”.

“An expert on planning appeals”

“She has a very practical approach, and an ability to distil legal complexities down to core commercial implications.”

“She is prompt in giving advice, and tenacious on her feet in court.”

“…highly popular junior amongst instructing solicitors, who has notable experience in environmental and town and country planning matters. Her practice has a particular focus on major infrastructure projects”.

“She is first-rate, very thorough and conscientious, and is always trying to help you through any problems you have.”

Megan Thomas is a specialist in planning, public and environmental law and has been consistently recognised as a leading junior in her field since she was called to the Bar in 1987. She has a thorough knowledge and understanding of planning law helped by the fact that she is also a decision maker in planning appeals. She is favoured by clients for finding the most practical solution to a planning or environmental problem and for being persuasive and succinct as an advocate.

She is instructed by leading developers, retailers and housebuilders as well as numerous local planning authorities. She is also experienced in compulsory purchase, highway and footpath law, stopping up orders and gypsy and traveller injunctions and inquiries.

Megan continues to be the advocate for Maidstone Borough Council at the Maidstone Local Plan Examination. The examination began in October 2016.

She has advised and appeared for Severn Trent Water Ltd in the first public inquiry under the Environmental Damage (Prevention & Remediation) Regulations 2009 following a pollution incident affecting land and water in a Site of Special Scientific Interest. The main ecological issue was whether or not there was a site integrity effect.

She has experience in the High Court and Court of Appeal as well as in Crown Court and Magistrates’ Court matters. She is known for giving realistic advice in relation to judicial review challenges. She is particularly familiar with Environmental Impact Assessment issues, Conservation issues and Development Plan issues. She has also appeared in Parliament petitioning against infrastructure bills. She has seconded as an in-house environmental and planning solicitor for local authorities where she gained a valuable insight into the workings of local government and particular expertise in negotiating section 106 agreements and advising on injunctions, prosecutions, advertisements, noise nuisance and other enforcement issues.

Megan has also recently acted in a Village Green Registration inquiry where she acted on behalf of the applicants for the Green. There were three different landowners on the application site and the main issue was whether or not the landowners had maintained fences and erected keep-out signs during the 20 year user period.

She appears at planning inquiries for both public sector and private sector clients. Her experience includes:

Her particular experience in the environmental law field includes:

Other Notable instructions include:

Hilston Wind Farm Case (Ref 2130670 January 2011)
Planning Inspector refused planning permission for a three turbine scheme. Represented East Riding of Yorkshire Council who argued the scheme would result in undue harm to the landscape and character and visual amenity of the agricultural landscape when added to three other nearby schemes which had been permitted.

Megan Thomas nominated as Real Estate, Environment and Planning Junior of the Year

We are pleased to announce that Megan Thomas has been nominated as Real Estate, Environment and Planning Junior of the Year at the Legal 500 2019 UK Bar Awards. The winners will be announced on 3rd January and celebrated at an Awards evening on 6th February 2019 in London. ...

Stephen Hockman QC and Megan Thomas have obtained permission for judicial review of a highway authority which has made a decision to divert monies collected for road widening under section 106 undertakings to use for a feasibility study for a potential bypass. Maidstone Borough Council is ...

Megan Thomas has been elected Secretary of the Planning Environment Local Government Bar Association (“PEBA”) for the coming year, at the recent AGM. Andrew Tait QC and Paul Brown QC were re-elected in their roles as Chairman and Vice Chairman. The previous Secretary, William Upton, has ...