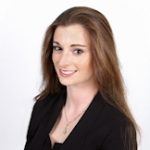 Natasha represents a wide variety of domestic and international clients, appearing in the High Court, Crown Court, County and Magistrates’ Courts and Employment and Property Tribunals as an advocate, and advising on regulatory, civil and criminal matters. She accepts instructions in all aspects of Chambers work.

Before coming to the Bar, Natasha qualified as a solicitor in 2015 with the American commercial law firm Skadden, Arps, working on complex international disputes and regulatory matters.

After a law degree at Oxford University and an LL.M. specialising in public international law, Natasha clerked for the President of the Supreme Court of Israel in Jerusalem, acquiring a particular insight into the Court’s application of international law. In 2018, as a Pegasus Scholar, Natasha was a Fellow at Columbia Law School in the National Security Law Program. She frequently lectures around the world on aspects of public international law and national security policy.

Appointed to the AG List of Specialist Regulatory Advocates in Health & Safety and Environmental Law (List C).
CPS Level 1 Advocate Panel 2016-2020 (London and South-Eastern Circuits)
Called to the Bar 2016
Admitted to the Roll of Solicitors 2015

Her previous work for international clients includes advising a foreign local authority on a threatened claim in the English Courts, concerning licences of computer software in excess of a million pounds, and advising on education regulation in the UK. She has particular experience addressing conflicts of law and forum non conveniens. As a trainee solicitor Natasha worked on several investment treaty disputes for both governments and investors and several major commercial arbitrations.

Natasha is a member of Arbitration Ireland and the LCIA.

Natasha has conducted numerous multi-track, fast track and small claims trials. She appears in a wide range of complex civil claims, for Claimants and Defendants, which have included a university, a multi-billion pound drinks company, construction companies and international investors. As a trainee solicitor Natasha gained experience in complex and high value litigation in the commercial court.

She has appeared in the high court, in relation to recognition of a foreign insolvency proceeding under Article 15 of the UNCITRAL Model Law, involving the Cross-Border Insolvency Regulations 2006. She often deals with ancillary applications, including for Norwich Pharmaceutical Orders and she has experience dealing with appeals at Tribunal under the Freedom of Information Act.

Natasha is experienced in civil applications in the Magistrates’ Courts, including with respect to rights of way under the Highways Act 1980, statutory nuisance and in Police (Property) Act cases for actions concerning the recovery of property seized during the course of investigations.

Natasha advises on a range of civil matters, in particular where there are links to her other practice areas and those involving an international dimension concerning jurisdictional questions. Wherever appropriate and advantageous, Natasha will seek to negotiate a settlement and avoid the costs and uncertainty of litigation.

Natasha has been instructed to advise the HSE and local authorities on regulatory matters. She has also assisted ‘A list’ regulatory counsel on complex advice including with respect to the Reservoirs Act 1975 and guidance for the Food Standards Agency, involving the navigation of EU regulations. She has advised on the application of food safety guidance, the Human Medicine Regulations and with respect to judicial review in this area.

Natasha has advised on the RIPA powers for local authorities. She also conducted research as a Fellow at Columbia Law School in New York into cyber regulation and national security issues, including examining in detail surveillance regulation both in the UK and the US.

Natasha has been involved in successful complaints to the OECD National Contact Point, with respect to the OECD Guidelines for Multinational Enterprises, and to the Charities Commission. As a Government Legal Department junior-junior, Natasha was instructed in an extensive disclosure review for HMRC involving Legal Professional Privilege in a large scale fraud matter.

Natasha is a member of the Association of Health and Safety Lawyers and has been appointed to the C Panel of Attorney General’s List of Specialist Regulatory Advocates.

Natasha has acted for a significant number of local authorities with respect to breaches of planning and environmental regulation, including successfully obtaining Confiscation and Compensation Orders under POCA. She regularly prosecutes offences under the Environmental Protection Act 1990 in the Crown Court and Magistrates’ Court and has had conduct of the ‘prosecution list’ in the Magistrates’ Court.

Natasha is frequently instructed with respect to possession hearings in the property tribunal and has experience of claims for rent arears. She has successfully defended claims in matters concerning the non-payment of non-domestic rates for commercial premises and tribunal determinations under the Landlord and Tenant Act 1985. Natasha also has experience in the Regulation of HMOs and with respect to the Rent Repayment Order regime.

Natasha has prosecuted on behalf of local authorities in respect of trading standards, consumer protection and other licencing offences concerning street trading, pedlars’ licences, non-duty paid tobacco and alcohol, and has defended in taxi and private hire licencing appeals.

Natasha has advised on a variety of licensing matters and served as independent legal advisor to the licensing sub-committee in local authority license review hearings.

Natasha’s employment practice is varied with experience in multi-day contested hearings, representing Claimants and Respondents, in matters involving claims of unfair, wrongful and constructive dismissal, discrimination and breach of contract, and in separate remedy hearings. Natasha is regularly instructed at an early stage in order to settle written submissions and appear at preliminary hearings and is practiced at representing Respondents against an unrepresented Claimant.

Before coming to the bar Natasha was a volunteer at the Free Representation Unit (FRU).

Natasha receives repeat instructions from Claimants and Defendants in a variety of negligence and personal injury claims, including with respect to the Health and Safety at Work Act 1974 and the Highways Act 1980. She has successfully represented parties in claims arising from accidents at work, in public places and arising from road traffic accidents, and is practiced at navigating expert evidence with respect to these claims. Natasha has undertaken many infant settlement approval hearings and has been instructed on behalf of third parties. Natasha is often instructed to advise on liability and quantum, including with respect to claims in Jersey.

Natasha appeared in a mock-trial for the Institution of Occupational Safety and Health (East Anglia Branch) concerned with the recovery of damages for an injury sustained at work, providing training for professionals and experts in personal injury.

Natasha prosecutes and defends and is instructed alone and as a led junior in a wide variety of cases involving drugs, violence, sexual offences, theft, fraud, public order and domestic abuse. Recent cases have included a three month trial in a conspiracy to supply class A drugs, a county lines matter (Woolwich Crown Court), perverting the course of justice (Woolwich Crown Court), and a series of harassment cases (Canterbury Crown Court) where she successfully advanced a defence based on Article 10 of the European Convention on Human Rights. Natasha has often been instructed in appeals, including by way of case stated to the High Court. She also defends in a full range of motoring offences.

Natasha works frequently for the police dealing with DVPOs, SOPOs and SROs. She has also been instructed by the Police and Local Authorities in relation to the Dangerous Dogs Act, CBOs, other anti-social behaviour matters and in relation to POCA proceedings. Natasha has recently also dealt with a number of cases involving complexities of criminal disclosure into the family courts and has developed a detailed understanding of the challenges faced by public authorities, especially with respect to historic cases.

Natasha was recently instructed to draft amicus submissions to the International Criminal Court Pre-Trial Chamber concerning the scope of the Court’s territorial jurisdiction in relation to the Prosecutor’s request, under article 19(3) of the Rome Statute, ICC-01/18-12, permission having been given by the Court in February 2020.

Natasha is a member of the Criminal Bar Association and the South Eastern Circuit.

She has addressed the UN Human Rights Council in Geneva on Agenda items 7 and 8 and contributed to expert side events at the UNHRC, including on the proposed UN Blacklist A/HRC/22/63, hosted by NGO Monitor.

Natasha has addressed international conferences, including the AIPAC Policy Conference in Washington, the International Legal Forum Conference in Jerusalem and The Hague Initiative for International Cooperation Conference in Prague. She speaks regularly at universities, including at Oxford, UCL, Warwick University, Columbia Law School and at Cardozo Law School, at the invitation of university societies and the Louis Brandeis Centre for Human Rights under Law. Natasha has separately been invited to address audiences in Washington DC (the Lawfare Project), New York (NYJCRC), Geneva (UN Watch), The Hague (THINC), Glasgow (GFI), Dublin (IIA), Manchester (UKLFI) and Helsinki (ICEJ Finland) on a variety of topics on international law.

Please contact Bridget Tough (bridget.tough@6pumpcourt.co.uk) for copies of the slides and/or the recording Six Pump Court Chambers is delighted to be able to host a re-run of our very popular ‘Piercing the Corporate Veil’ seminar as part of our series of 2020 webinars. WEBINAR Wednesday ...

Six Pump Court members Paul McGarry SC, Gordon Wignall and Natasha Hausdorff attended the International Arbitration Day Conference in Dublin last week. This was the seventh annual event for Ireland’s leading conference on international arbitration. There was an outstanding line up of ...