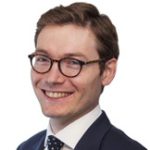 “An extremely intelligent and skilled advocate who has an excellent knowledge of planning and environmental law. He is also able to take a commercial view of cases and understand the client’s wider needs.” (Environmental)

“Practical and painstaking. His thorough preparation ensures that all areas of potential risk and case weaknesses are brought to your attention so that these matters can be positively resolved.” (Health & Safety)

“Good on difficult issues when clients need to be delivered unpalatable truths.” (Planning)

“He provides prompt and insightful advice with a friendly and likeable manner.”

“Does a thorough job.”

“An extremely intelligent and skilled advocate, who is unafraid of a hostile court.”

Attorney General's List of civil counsel to the Crown (B Panel)
Appointed to the List of Specialist Regulatory Advocates in Health & Safety and Environmental Law (List B).

In 2020 Nicholas was promoted to the Attorney General’s B Panel of Counsel, following 5 years as a member of the Attorney General’s C Panel. In addition, Nicholas is appointed to the List of Specialist Regulatory Advocates in Health & Safety and Environmental Law (List B). He appears for and against government departments, regulators, local authorities and private companies and individuals and is ranked in the Directories for environmental, planning and health and safety law.

Nicholas is frequently instructed as a specialist public law barrister to represent government departments and other parties including the Home Office, the Ministry of Justice and the Department for Environment, Food and Rural Affairs in judicial review claims.

Nicholas is a specialist regulatory barrister who has been instructed for and against a wide variety of regulators including the Financial Conduct Authority (FCA), the Office of Gas and Electricity Markets (OFGEM), local authorities and other regulators such as the Environment Agency, the Health & Safety Executive (HSE) and Fire and Rescue Authorities. He also appears regularly in Inquests often appearing for parties who are facing potential investigations or sanctions from regulatory bodies.

Nicholas is the convenor for the Water Working Party at the United Kingdom Environmental Law Association (UKELA).

In 2012 Nicholas was awarded a Pegasus scholarship by Inner Temple and worked with a number of environmental and planning lawyers in the United States.

Nicholas was awarded the David Karmel and Prince of Wales Scholarships by Gray’s Inn.

Retailers and social distancing – what does the latest guidance say?

We all know what ‘the 2 metre’ rule is but how does that translate to retailers and what does the latest guidance say? In an article on our COVID-19 Blog, Nicholas Ostrowski discusses the practical implications for retail operators. Click here for our COVID-19 Blog and access the full ...

Can COVID-19 be spread through air conditioning and ventilation systems and what precautions should businesses take?

As many businesses begin the process of re-starting operations, businesses and their advisors may face questions from employees, clients and visitors about what steps they should take to control the COVID-19 virus through air conditioning and ventilation systems. This short article by Nicholas ...