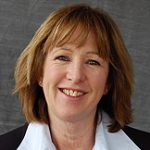 Noelle has a varied family, civil and employment practice which includes:-

Noelle has also appeared as leading Counsel in the House of Lords in respect of major discrimination cases.

Noelle has represented two major commercial entities in respect of their pension schemes particularly in regard to equal pay issues.

Noelle has recently (September 2012) successfully defended a large government department from multiple claims of equal pay with a huge saving to the public purse.

A Health and Social Care Trust –v- M & Others; in Re M [2014] NI FAM3 0HA 9235;
Whether 5 month old baby, M should be removed from a ventilator and made the subject of a Palliative Care Order only; discussion of relevant medical guidelines and case law.

Wojcik –v- Moy Park Limited NICA.  Ref: GIR9055 (December 2013)
Appeal by the Claimant against a Tribunal decision dismissing her claims against her former employer for race discrimination, sexual harassment, less favourable treatment on the grounds of her part-time worker status and constructive dismissal.  All appeals dismissed save for the element in respect of holiday pay which the Respondents were happy to concede for sensible economic reasons.

Martin, Claire v Southern Health and Social Care Trust [2010] NICA 31 – Court of Appeal case in relation to the interpretation of the Working Time Regulations (Northern Ireland) 1998 and in particular what constituted a rest period within the terms of the Council Directive 93/104/EC.

McPolin, Laura v Department of Finance & Personnel [2012] NIIT 00215_09IT – Challenge case for the Department involving a challenge to the pay scale for Northern Ireland Civil Service on the basis that it discriminated against the claimant indirectly and was contrary to the Equal Pay (Northern Ireland) Act 1970 in European law. Challenge unsuccessful.

Flynn & McNamara v The Department for Social Development [2012] NIIT0086_08IT– Challenge case for the Department involving a challenge to the pay structure of the Northern Ireland Civil Service on the basis that it fell foul of the Age Discrimination Regulations. Challenge unsuccessful.

Rice, John Joseph v McEvoy, Yvonne [2011] NICA 9; [2012] NIJB 80 – claim by a partner in a solicitor’s firm against the principal in relation to victimisation. Claim successfully defended and all further proceedings at Tribunal in relation to the Claimant’s subsequent dismissal and further victimisation claim successfully defended.  An appeal to the Court of Appeal was also withdrawn.

Nelson, Stephen William v Newry and Mourne District Council [2009] NICA 24; [2010] NIJB 49 – Court of Appeal case in which the Respondent Council accused of discrimination on the grounds of sex. Issues in relation to comparators. Claim dismissed.

Belfast Health and Social Care Trust –v- J D & Anor [2013] NIFam 4
Application by the mother under Article 15 of Brussels II seeking the Court to exercise its discretion to transfer the case to the Courts of the Czech Republic.  Application successfully opposed by the Guardian Ad Litem.

Kevin Curley –v- The Chief Constable of the Police Service of Northern Ireland and Anor [2009] NICA (Ref: COG7386)
Respondent appealed against a finding from a Fair Employment Tribunal that it had discriminated against the Claimant on the grounds of his religion.  Appeal successful and the decision of the Tribunal overturned.

F&T Care Proceedings: Residence [2011] NIFAM 1 Ref: STE8039
Case involving both care and residence proceedings of two children where there was a different father for each child from a wholly different and religious background.  T’s father, a Swedish citizen, successful in obtaining a joint Residence Order in respect of T.

D v D; in re (post-agreement windfall) [2009] NI Master 75 – case concerned whether a wife was entitled to reopen a matrimonial agreement.

Luiz; in re (application for a residence order by Northern Irish step mother in respect of a Brazilian National) [2009] NIFam 16

Brangam, Heather Mildred; in re application for judicial review [2008] NIQB 92 – judicial review application against Law Society of Northern Ireland. Test case as to whether the body was capable of having its decisions subject to public law scrutiny.

ESJ (a minor); in re (residence order application; jurisdiction within United Kingdom; applicability of Council Regulation (EC) No. 2201/2003) [2008] NIFam 6; [2009] NIJB 48– challenge to the provisions contained in the Children (Northern Ireland) 1995 Order in respect of Emergency Protection Orders and in particular whether Article 64 (8) was compatible with Article 6 and 8 of the European Convention on Human Rights. The Court agreed the 1995 Order was not compatible with the Convention Rights and the offending legislation was then repealed.

AR v Homefirst Community Trust [2005] NICA 8; [2005] NI 435 – issue concerned the decision making process of a Trust in the removal of a child from the mother. Court of Appeal argued that the mother’s Article 8 rights had been infringed.