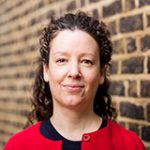 Noémi joined Six Pump Court as a first six pupil in 2004 and went on to practise in all areas of chambers’ work before focusing on the law relating to the built and natural environment. Before being called to the Bar she worked at an international environmental law NGO.

Noémi has substantial experience of all kinds of planning disputes, having acted for authorities, developers and third parties in matters ranging from local authority enforcement inquiries and prosecutions, to claims for planning statutory review. Noémi has particular experience of :

She is also very experienced in public rights of way matters, especially modification orders under the Wildlife and Countryside Act 1981. Noémi has represented and advised authorities and landowners at numerous rights of way public inquiries as well as in prosecutions and civil matters under the Highways Act 1980. As a rider herself she understands the access and safety issues facing equestrian users of the rights of way network.

Between 2015 and 2020 Noémi was an associate member of chambers, during which time she taught advocacy on the Bar Training Course, while continuing to advise pro bono in public interest planning and land matters. While living abroad for two years she completed an LLM in International Business Law.

Noémi is a case reviewer for Advocate, and a member of UKELA and PEBA.

Highway creation, adoption, and extinguishment – Monday 24th January 2022 @ 5pm Panel of Speakers: Megan Thomas QC, Noémi Byrd and Mark Davies The third webinar in our Public Rights of Way series will consider some of the issues which can arise when new highways are created in conjunction ...

Recent case law from the Planning Court - Women in Planning

The second webinar in our Public Rights of Way series will cover some of the trickier points relating to highway diversions under the Town and Country Planning Act 1990 and the Highways Act 1980, including: the correct application of the statutory tests for diversion; highways outside the ‘red ...