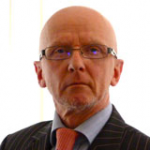 Paul Hogben is a specialist defence advocate. He was called to the bar in 1993 and has developed a strong defence practice based in Kent.

He is regularly instructed to defend in cases of serious violence (including murder), robbery and large scale drugs importations.

Paul has considerable experience representing clients who are vulnerable due to their age or mental health and has particular expertise defending in cases of rape and sexual abuse of children.

R v OM: The defendant was charged with the attempted murder of her elderly mother. Having forced her way into her mother’s home the defendant knocked her to the floor then stabbed her to the chest and head 14 times with a carving knife before leaving her for dead. Subsequent psychiatric evidence demonstrated that the defendant had a number of complex mental health issues including paranoid schizophrenia and that her prognosis was “grim”. The defendant was found not fit to plead or take part in a trial at a hearing during which expert psychiatric evidence was heard. A trial then took place in which a jury at Canterbury Crown Court was asked to find whether OM “did the act” of injuring her mother. OM was sentenced to Hospital Order with a s41 restriction.

R v MC : The defendant was a 26 year old man charged with the rape and sexual assault of a 15 year old girl. It was alleged that he befriended her on social media then after picking her up in his car took her against her will to a remote location and both orally and vaginally raped her and sexually assaulted her. When interviewed by police the defendant denied driving her to the location and also denied having sex with her. Subsequent investigation by police showed the defendant’s car near the location at the relevant time and when the complainant was medically examined the defendant’s semen was found in her vagina. The defendant later admitted that he had lied to the police in his interview but maintained that he did so for an innocent reason. He denied rape saying that the sexual activity was consensual. After a 5 day trial at Maidstone Crown Court the defendant was acquitted of all charges.

R v SB : SB was accused of attacking his girlfriend’s father with a pair of scissors, stabbing him eight times (four times to the head, twice to the arm and twice to the back). A witness to the incident took a photograph of SB holding the scissors. Several witnesses heard SB shouting “If you don’t die I will come back and kill you”. He was charged with s.18 wounding with intent to cause grievous bodily harm (with an alternative of the less serious offence of s20 wounding). After a 5 day trial at Canterbury Crown Court the defendant was acquitted of s18 and convicted of the lesser offence.

R v OA : The defendant faced an allegation of s18 wounding with intent to cause GBH and a lesser alternative of s20 wounding. The facts were that during the course of an argument in the street with the complainant, the defendant produced an axe and used it to strike the complainant twice to the head causing serious injury. The defendant accepted doing this but said that he acted in reasonable self-defence. After a four day trial at Maidstone Crown Court the defendant was acquitted of both charges.

R v B : The defendant faced allegations of attempted robbery and possession of an imitation firearm. Three witnesses identified the defendant as having smashed through the front door of their home brandishing an imitation hand gun, demanding money and threatening to kill them. The quality of the identification evidence was challenged and after a 5 day trial at Canterbury Crown Court the defendant was acquitted.

R v H : The defendant and his business partner (represented by John Fitzgerald) were charged with VAT, income and corporation tax fraud.They were the owners of an Indian restaurant in Deal. HMRC carried out an investigation (code name “Operation Sausage”) into alleged suppression of takings which involved the observations of 20 Test Purchase Officers. After an 8 day trial both defendants were acquitted of all charges.

R v PR : The defendant was charged with the attempted murder of a 71 year old woman. He attacked the victim with a claw hammer striking her 14 times to the head. The incident was captured on high quality colour CCTV. The defendant refused to attend his trial which took place in his absence.
Click here for news item
Click here for further news item

R v DR : The defendant faced multiple counts of historic sexual abuse of two complainants (then aged under 13). The complainants had only a slight acquaintance with each other at the time of the allegations and no contact at all subsequently. Both complainants later independently reported the matter to the police.

R v DP and Others : The defendant was alleged to have been involved in a large scale, highly organised people smuggling operation. Together with a number of other defendants he was charged with conspiracy to facilitate the entry into the UK of illegal immigrants. The defendant is a Lance Corporal serving in the 1st Battalion Princess of Wales’s Regiment based in Germany and the case was widely reported in the national press (see below). After hearing a defence submission of “no case to answer” the trial judge concluded that there was insufficient evidence against DP and a verdict of Not Guilty was returned in his case.
Click here for article in The Daily Mail
Click here for article in The Daily Telegraph

R v KH and Others : KH, his elder brother and their friend were charged with the abduction and rape of a 13 year old girl in 1973. The defendants, now in their sixties, were alleged to have forced the complainant into their car in the village of Wye (near Ashford), taken her to a remote wood and raped her. The case involved archive photographs of Wye and a site visit by counsel. In the case of KH there was also an issue of doli incapax (which concerns the age of criminal responsibility). After a trial lasting 7 days the jury acquitted all defendants of all charges having deliberated for two hours.

R v M : The defendant faced two counts of rape. He was alleged to have raped two women whilst they were intoxicated. The defendant had met the women in a bar and was invited back to their hotel room. Neither woman had any memory of what happened. DNA evidence and CCTV connected the defendant with the incident. One complainant had a number of injuries that the Crown’s medical expert stated were supportive of sexual assault. The defendant maintained that sexual intercourse had taken place but it was consensual. The defendant admitted stealing the complainant’s phones. Police discovered photographs on the defendant’s phone taken by him of both women in which they appeared to be unconscious. He was acquitted of both counts of rape.
Click here for news report

R v I : The defendant was charged with allegations of historic sexual abuse.There were two complainants. He faced allegations of 6 sexual assaults and 6 rapes against a 7 year old child and a single allegation of rape against an adult. In respect of the child he was convicted of one sexual assault and one rape (by a majority of 10-2) and acquitted of all other charges. In respect of the adult complainant he was acquitted.

R v C : Allegation of sexual assault against a 13 year old girl in a public place. The incident was captured on CCTV. Acquitted.

R v G : The defendant (aged 42) was charged with the offence of controlling or coercive behaviour towards his ex-partner (aged 20) over a three year period. It was alleged that he subjected her to several assaults, prevented her from going out of the house, monitored her phone calls and controlled what she could wear and who she could see. After a 5 day trial he was acquitted.

R v H : The defendant was charged with s18 inflicting grievous bodily harm and maintained that he acted in self-defence. Acquitted

R v K : The defendant worked in a notifiable occupation and was charged with domestic burglary. His defence was that the burglary had been staged by the homeowner. Acquitted.

R v G : Rape and sexual assault of a 4 year old girl. Over a period of several months the defendant video recorded himself raping and sexually assaulting his 4 year old grand-daughter. The videos were discovered on the defendant’s computer and mobile phone.

R v Allen and Others: Importation of 2 kilos of Cocaine through Dover Docks. Mr Allen was the only defendant to be acquitted.

R v Miles : Allegations of possession with intent to supply and being concerned in the supply of Class A drugs. Co-defendant pleaded guilty. On arrest the Defendant was in possession of a mobile phone containing texts concerning dealing in Class A drugs. Acquitted of all counts.

R v Hamidy and Others: Allegation of “gang rape” of a 16 year old girl and described as the most serious case of its kind in many years.

R v Ogundeji and Others: Multi-handed supply of Class A drugs. Acquitted.

R v Derby and Others: Multi-handed allegation of GBH which began as attempted murder (victim stabbed in the chest). Acquitted.

R v Kennett: Allegation of rape. Complainant ran out of court during cross-examination. Crown offered no evidence and Not Guilty verdict entered.