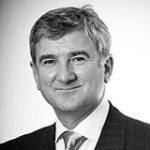 “Highly sought after, primarily to prosecute in fraud cases.”

“…a persuasive and tenacious advocate.”

Paul is listed in Band A of the Attorney General’s panel and Category 4 in the CPS. His specialisation is fraud and he has extensive experience in complex, long running trials. He is regarded as a senior junior and he is frequently instructed against silks.

From 2005 onwards Paul has been instructed extensively by CPS Counter Terrorism Division in ground breaking cases of war crimes in Afghanistan, the 7th July bombings and the UK leader of the Tamil Tigers from Sri Lanka. His experience with war crimes work led to him being invited to speak at the European Parliament. Nearer to home he has prosecuted members of the UVF and the SLA and defended internet and hawala bank fraud.

2009/2010 marked a return to focus on fraud and has included defending a conspiracy to defraud the American banks and a factoring fraud. July 2009 to March 2010 was taken up as lead prosecutor of the former deputy leader of Preston City Council for money laundering. 2010 also led to taking on VAT carousel frauds both in the Crown Court and the VAT Tribunals.

Paul is currently instructed for the defence in a tax fraud in Liverpool. His experience in putting together prosecutions has provided useful insights of weaknesses in case preparation which can be applied to advantage for the defence.

Very much a team player he has plenty of experience in managing a team to achieve the best outcome for his clients and he has a high success rate. He has bases in the North West and London which enable him to receive instructions in cases across the country.