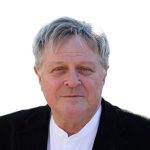 Robert Griffiths QC is a practising Queen’s Counsel and Senior Counsel in New South Wales who has a multi-disciplinary domestic and international practice across a range of specialist areas of law. He was also called to the Seychelles Bar in 2021. He was formerly Joint Head of 4-5 Grays Inn Square and Head of Mondial Chambers. He has appeared in a large number of reported cases, many of which are at appellate level in the Court of Appeal, House of Lords, Privy Council and more recently in the Supreme Court. His practice extends to other jurisdictions including Australia, India, Dubai, Kuala Lumpur, Hong Kong, Singapore, Brunei, Seychelles, Africa and Scotland. He has extensive experience in domestic and international arbitration and was President of the London Chamber of Arbitration from 2016 to 2018. He is listed in Who’s Who 2019 here. He is also an overseas member of Selborne Wentworth Chambers in Sydney, New South Wales.

He has been described as “one of the biggest names at the Bar” (Frances Gibb, Legal Editor of The Times) “conspicuously able” and an “outstanding advocate, his core strength is in dissecting the other side’s case and seeking to deliver the client’s case in the best light” (Legal 500), “a master in the art of questioning”, he puts witnesses “through the wringer” (The Cricketer), “very commercially astute and user friendly”, “top drawer” (Chambers Directory) and provides “first rate advice” (Legal 500).

Also described as, “one of the UK’s leading commercial QC’s”, “one of the sharpest barristers in the land” and as having “an ordered mind and a razor tongue” (The Times), he was the Times’ Lawyer of the Week (October 2007) for his representation of Darrell Hair in his claim against the International Cricket Council in respect of the ball tampering affair at the Oval.

In 2018 in recognition of his contribution to law, sport and the philosophy of sport, he was elected to a Fellowship of the Erasmus Forum.

He has been instructed in many leading cases in Public, Planning, Regulatory and Commercial law. Those cases include the Rose Theatre, Mclaren v the Home Office, Delaney v Staples, Marsal v Apong, HSE v Wolverhampton City Council, Varma v Mittal, The Government of France v Royal Borough of Kensington and Chelsea. He has appeared in a number of high profile Public Inquiries. He represented the Home Office at the Strangeways Inquiry and promoted for the Government the South Downs and New Forest National Parks. He also appeared in one of the largest Public Inquiries in Scotland involving a Compulsory Purchase Order for the St James Retail and Leisure Quarter in Edinburgh.

In August 2019 he and Stuart Jessop drafted detailed submissions on behalf of the United Taxi Group (UTAG) opposing the granting of a further licence to Uber. On 25 November 2019 Transport for London decided not to renew Uber’s licence.

He also represented Cheshire West and Chester Council in a six week public inquiry in early 2019. The inquiry looked at the relationship between shale gas development and climate change. It was the first public inquiry to deal comprehensively with the issue and has now been called in by the Secretary of State for determination.

He is presently acting for a consortium of Businesses in North London in rating cases involving the BID (Business Improvement District). Click here for news item.

In September 2018 he represented the South Downs National Park Authority in a successful challenge to Highways England’s decision in relation to the selection of the preferred route for the A27.

He is also acting for the owners of a livery in a judicial review challenge to a decision of Windsor & Maidenhead Borough Council relating to planning enforcement and condition notices.

In September 2019 he successfully acted for a claimant in an insurance action in the High Court against American Express and Axa Insurance. The claim arose out of the failure on the part of the Defendants to provide emergency repatriation to the UK when the claimant suffered an illness in Dubai.

His clients have included The Who, Bucks Fizz, Muhammad Ali, Manchester United FC, Kerry Packer, the Sultan of Brunei, the Sabah Foundation, the Government of France and a large number of multinational corporations, investment institutions, Government Departments and Public Authorities.

He was an Open Scholar of St Edmund Hall, Oxford, is a Bencher of Middle Temple, a Freeman of the City of London, a Committee Member of the MCC, Chairman of the MCC Laws Sub-Committee 2007 – 2014, a Director of the London Chamber of Commerce and Industry and a member of the Garrick Club.

Since August 2017 Robert Griffiths has been a senior practising member of Six Pump Court. He is especially focussing on international commercial and arbitration law, international trade, Brexit issues, public law and regulatory matters relating to transport and infrastructure. In addition, he is acting for a number of clients in the UK and overseas, in relation to oil and gas exploration including shale gas and fracking and climate change.

During 2020 and 2021 he has advised and represented a number of corporate clients in relation to insurance and landlord and tenant claims arising out of COVID-19 and the Government’s reaction thereto by way of national and local lockdowns.

In December 2021, Robert Griffiths QC was called to the Bar of Seychelles and appeared in the Supreme Court of Seychelles in a major civil dispute arising out of the Seychelles Civil Code. The case involves a claim made against the estate of France Albert Rene, the former President of Seychelles, who was the longest-serving President of any country in the world, having been in office for 27 years. He died in February 2019. The dispute arises out of his Will and involves the application of the Seychelles Code to the Plaintiffs’ rights of inheritance and succession. The Seychelles Code incorporates the principles of the Napoleonic Code and French Law. The case is of general public interest as well as raising issues of fundamental legal importance relating to the alienation of property and the distribution of assets prior to and subsequent to the former President’s death.

High level Special Adviser on investment contracts and international arbitration and dispute resolution to the Secretary-General of the Commonwealth since 2018
Fellow of the Erasmus Forum
President of the London Chamber of Arbitration, 2016-2018
Head of Mondial Chambers, 2016-2018
Joint Head of 4-5 Grays Inn Square Chambers, 2008-2015
Master of the Bench, Middle Temple, 2004
Special Advocate, 2004
Senior Counsel (New South Wales), 1999
Queen’s Counsel, 1993
Junior Counsel to the Crown (Common Law) (‘A’ Panel), 1989-1993
Standing Counsel to the National Grid, 1987-1993
Standing Counsel to the National Dock Labour Board, 1983-1989
Called to the Bar 1974
Open Scholarship to St Edmund Hall, Oxford 1968

• Varma v Mittal (2013) (Commercial Court, dispute over oil blocks and commission in Nigeria) (at the time one of the biggest monetary claims of its kind to be heard by the commercial court – settled on eve of trial).

• Re Dianoor International (2009) (due diligence of a pawnbroker, money laundering)

• Club 54 2009 (licensing and planning issues relating to a nightclub)

• Chief Adjudication Officer and Another v Ahmed and Others (1994) Times, 6 April(Court of Appeal) (temporary absences abroad)

For further detail on career, articles and publications see his personal website.

Robert Griffiths QC and Nicola Strachan were called to the Bar of Seychelles in December 2021 and appeared in the Supreme Court of Seychelles in a major civil dispute arising out of the Seychelles Civil Code. The case involves a claim made against the estate of France Albert Rene, the former ...

Robert Griffiths QC and Nicola Strachan are representing small traders who have filed claims against the London Borough of Hammersmith and Fulham Council and are seeking damages arising out of its closure of the weekly farmers’ markets. It is argued that the case raises an issue of major ...

Robert Griffiths QC has been instructed by Paolo Caldato of Spencer West to represent RMS Markets in relation to their response to the actions of the London Borough of Hammersmith and Fulham which have forced the closure of the weekly farmers’ markets at Bishop’s Park and Ravenscourt ...