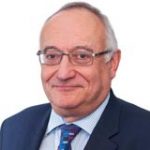 “A true gentleman with profound knowledge of environmental law. He has the enviable ability to simplify and quickly deliver the most technical and complex legal arguments.” “He is a clear and persuasive advocate, but also incisive and strategic and therefore able to summarise the issues for clients to provide the practical advice they need.”

“He provides a sterling service in very difficult circumstances.” “He is everything one hopes for in a barrister – he is incisive, strategic and a clear and persuasive advocate.”

“He is hugely knowledgeable and experienced.”

‘”A very good technical lawyer and particularly good on appeals. ”

“Stephen masters a very substantial amount of material within a very short time and dealt with extremely difficult clients in an exemplary fashion. “

“His judgement is superb, and he’s able to persuade his clients to take a sensible and pragmatic approach.”

“He’s a genius, and is supremely confident without an inch of ego or arrogance. He has a really wonderful turn of phrase and is able to quickly get to the point.” “Very experienced, very knowledgeable and excellent on his feet.”

“He remains one of the doyens of this area of law and can handle very sensitive cases in a masterly way.”

“He is one of the most experienced health and safety silks around. He is particularly good on technical points of law and appellate work. He has an absolutely huge intellect; very few work harder than he does.”

“His knowledge of the law pertaining to the subject matter was impressive as was the way in which the individuals concerned were handled.”

Born Manchester, 1947
Educated at Eltham College London
Studied Law at Jesus College Cambridge, graduating in 1969
Called to the Bar by the Middle Temple, 1970
Currently resides in London and St Neots

Became Queens’ Counsel (QC), 1990
Head of Chambers at 6 Pump Court, 1997-Present
Chairman of the Bar, 2006
Former Deputy High Court Judge
Master of the Bench of the Middle Temple
Treasurer of Middle Temple 2015
Visiting Professor of Law at the City University
Former member of the Council of English Nature, (now Natural England), the statutory body charged with nature conservation
Chair of Plea Negotiation Working Group established by the Attorney General, ultimately leading to a new protocol for the conduct of complex fraud litigation in 2009.
Honorary member of the Bar of New Zealand
Member of the Bar of the Republic of Ireland

Former Chairman of the Environmental Law Foundation
Trustee of ClientEarth
Advisory Council Member, Advocates for International Development
Chairman, International Court for the Environment (ICE) Coalition
Advisory Board Member of the Department of Climate Law, University of Strathclyde
Visiting Fellow of the Centre for Progressive Policy (a non-party political think-tank)

Stephen Hockman QC has specialised in all forms of regulatory law for approximately the last 30 years. He is a leader of exceptionally high standing who has a broad environmental, health and safety and planning practice encompassing judicial review, inquiries, arbitration, civil claims and criminal prosecution and defence work.

Stephen has a varied client base, including corporates and individuals, regulator and (alleged) polluter, and he is equally at home undertaking effective cross-examination as in sustained legal submission at any level of tribunal. His particular strength lies in the breadth and varied nature of his practice. He is able to draw on his extensive experience in his specialist areas of regulatory and health & safety law, civil and commercial law, and planning and environmental law to provide a unique service in complex and high profile litigation.

Stephen is recognised as one of the leading practitioners in the fields of Health and Safety Law and Energy and Natural Resources. His practice also encompasses in particular environmental law including making and resisting public law challenges to environmental decisions, appearing for claimants/defendants in environmental cases in the common law courts, for example nuisance, and prosecuting and defending in major pollution cases.

Stephen’s practice incorporates too a significant element of local government work, and he has appeared for and advised local authorities in every part of the country on a regular basis, on issues such as town and country planning and internal governance.

The focus of his practice is regulatory, environmental, planning and health and safety law.

Six Pump Court barristers Stephen Hockman QC, David Hercock and Christopher Badger have each been included in the Who’s Who Legal UK Bar 2021 list of leading barristers in Environmental Law, which lists the world's leading practitioners. A total of nine barristers were identified as leaders in ...

On 14th -18th June the UKELA conference will take place and we are delighted to be one of the sponsors once again. Members of Six Pump Court will be taking part and presenting some of the sessions:- 14th June – UKELA Water Working Party Panel session “Combined Sewer Overflows” ...

The next webinar in our international arbitration series will be held on Friday 28th May: “Solar Salt Projects in Africa – A discussion of the key environmental & legal issues: Top tips from leading industry & legal practitioners/experts” Friday 28th May 2021 at 11– 12.15pm ...