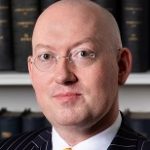 Early in his career, he worked for the international law firm Allen & Overy. Since then, he has developed an extensive international arbitration practice and now acts as Lead Counsel in multiple ad hoc and institutional international arbitrations conducted in many countries around the world and subject to a wide variety of governing substantive and procedural laws. He has built a formidable reputation acting in international energy, oil & gas cases involving exploration and production disputes, engineering, procurement and construction disputes, power purchase disputes as well as a whole range of commercial/corporate/financial disputes concerning joint venture agreements, shareholders agreements and other financial and commercial agreements.

He also advises in a wide variety of corporate and commercial matters for corporate clients, for high net worth private clients, family offices and, from time to time, sits as an international arbitrator. He is a Fellow of the Chartered Institute of Arbitrators.

Steven started his career as a solicitor in 1997. He called to the Scottish Bar in 1999, to the Cayman Islands Bar in 2007 and to the English Bar in 2008. He has been an accredited Mediator since 2003 and became an accredited arbitrator in 2011 and a Fellow of the Chartered Institute of Arbitrators in 2019.

He was appointed an ad hoc Advocate Depute in 2007 (criminal court prosecutor) by the Lord Advocate (Head of the Scottish Prosecution Service) and has prosecuted serious offences for the Crown including attempted murder and armed robbery. Steven also held a public appointment from the Scottish Government to sit as a Tribunal Judge and did so for 9 years.

Steven is co-author of the leading international book ‘Pleading in Arbitration – A Practitioner’s Guide’ published by Sweet & Maxwell/Thomson Reuters 2012. A second edition was released in 2017. The leading German International lawyer and arbitrator, Professor Peter Klaus Berger of the University of Cologne, described the first edition of this book as “an essential addition to every arbitration practitioner’s library”, in the journal of Transnational Dispute Management.

What the Legal Directories Say

Steven works internationally and maintains a regular presence in commercial disputes in South-East Asia, Australia, Europe, Africa and the Gulf.

Steven has been ranked as a New Silk for Dispute Resolution – Arbitration Singapore in the latest edition of Chambers & Partners Asia Pacific Guide (2018): ‘New silk Steven Walker ……… advises on a wide range of arbitration mandates connected with energy, natural resources and infrastructure projects.’

Steven was also ranked as a New Silk for Dispute Resolution – Arbitration Singapore in Chambers & Partners Asia Pacific Guide (2017): Chambers & Partners Asia Pacific Guide 2017 testify to his “amazingly wide experience of the subject area in which he operates, spanning every energy dispute imaginable,” from his dedication to “making clients feel at their ease” to his “excellent advocacy, not just in terms of the legal issues, but in terms of making the best case for the client.”

He was also ranked as a BAND 1 leading junior counsel for Dispute Resolution – Arbitration Singapore in Chambers & Partners Asia Pacific Guide (2016): As one source noted, “he is very quick, able to see the key points and give the right wording. He makes complicated matters very simple. He is very familiar with how arbitrators think, what they want….he also maintains a regular presence in Malaysian disputes.”

Appointed Chairman of the Private Rented Housing Panel 2006 to 2015

Appointed member of the Middle Temple 2008

Appointed member of the Faculty of Advocates 1999

Appointed lecturer and member of the Global Academic Faculty of the Centre for Energy, Petroleum, Mineral Law and Policy (CEPMLP), University of Dundee since 2002

Appointed Honorary Fellow of the University of Edinburgh 2009

Appointed Honorary Lecturer of the Centre for Energy, Petroleum, Mineral Law and Policy (CEPMLP), University of Dundee since 2008

Appointed visiting lecturer on international commercial arbitration by the University of Notre Dame, Australia in 2017

Steven Walker QC has been appointed arbitrator member of the Saudi Center for Commercial Arbitration. SCCA is dedicated to providing professional, transparent and efficient ADR services. SCCA services are inspired by Sharia principles and meet international standards. SCCA shall contribute in ...