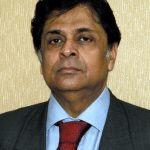 Read Law at Jesus College, Cambridge (BA and MA).
LL.B in International Law, Cambridge (later redesignated as an LL.M by the University).

Sudipto Sarkar SA is a Senior Advocate based in India. He was called to the Bar in 1973 by Gray’s Inn and is an Associate Member of Six Pump Court Chambers. He received the “Lawyers of India Award” from the Bar Association of India in 2018.

His name is included in the LCIA Database of Arbitrators.

Sudipto has been associated with several editions of Ramaiya’s Company Law, the leading publication on Company Law in India and is currently the Consulting Editor. Ramaiya is also a Lexis Nexis publication.