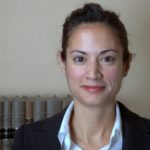 Tanya Robinson was educated at Southampton University (LLB) and Rouen University. She obtained an LLB (European Legal Studies) Honours degree, having spent one year abroad studying French and European Law. She was called to the Bar by the Inner Temple in 1997 and was an Inner Temple Scholar in 1997.

Tanya Robinson specialises in criminal law, coroner’s work and regulatory law. The frequent cross-over between these areas means that following a fatality, Tanya is able to act both at the inquest and in any connected criminal proceedings.

Crime
Tanya has specialised in the criminal law since she started in practice. She has an extensive criminal practice, defending and prosecuting those charged with serious violence (including murder), cruelty, drugs, serious sexual offences and fraud. Her particular area of expertise is the defence and prosecution of child cruelty, serious sexual violence and child abuse cases. Cases have involved baby shaking and fracture cases, historical sexual allegations, abuse by doctors, teachers on pupils, abuse in children’s homes, as well as familial abuse. She has obtained stays in very old cases following successful abuse of process arguments. She has acted as leading and junior counsel in serious sexual cases concerning multiple complainants. She has considerable experience of the use of intermediaries for very young witnesses and witnesses or defendants with learning difficulties. She is a Grade 3 London Prosecutor and is on the specialist panel for Rape and Serious Sexual Offences work (RASSO).

Inquests
Tanya has specialised in Coroner’s work for over ten years. She has particular expertise in acting for the police in Article 2 inquests with a jury where there have been deaths in custody (including suicide in cell and excessive restraint cases), deaths following road traffic accidents involving the police (including multiple fatality cases when the police were in pursuit) and deaths following police shooting. She has also represented nursing and care homes following deaths in care.

Regulatory
Tanya advises and prosecutes on behalf of local authorities and other regulatory bodies such as Ofgem, DEFRA and BIS. She prosecutes and defends companies and other organisations for health & safety offences and has advised clients in relation to health & safety issues, corporate manslaughter and gross negligence manslaughter. Following her return from maternity leave in 2013, Tanya drafted Ofgem’s new Enforcement Guidelines, published in September 2014, which set out the approach that Ofgem will take to enforcing relevant legislation when regulating the gas and electricity markets in Great Britain.

Cases of interest include:

Parle (2015) Representing England’s largest not-for-profit housing association and registered charity, at the forthcoming inquest into the death of a care home resident with dementia, who died after she set fire to her clothing when smoking unsupervised in her room late at night. Her care plan required any smoking to be supervised.

R v MO (2015) Successfully defended a young man accused of raping and sexually assaulting a friend who claimed to have become pregnant as a result. The defendant admitted having consensual rough sexual play with the girl but denied having sex and said that the girl was into rough play and they had engaged in this previously. The defence won important arguments to be permitted to cross-examine on past sexual history and to call evidence of the girl’s general reputation for untruthfulness. The jury were persuaded that any pregnancy that there had been (there was evidence of a termination but no DNA testing was done) was not caused by him.

R v JH (2015) Successfully defended a 21 year old lifeguard who was accused of sexually assaulting a younger colleague from work. The Defence case was that the complainant had made a pass at the defendant which had been rebuffed and she had concocted the allegation out of spite.

R v AS (2015) Successfully prosecuted a 73 year old man accused of sexually touching a 14 year old girl on a bus. Issues arose as to whether the (mostly) admitted touching was sexual and as to how the jury should be directed.

R v MC (2015) Defended a man from Sierra Leone with significant learning difficulties accused of sexually touching a 2 year old girl. The defendant needed the assistance of an intermediary and an interpreter throughout the trial to be able to follow the proceedings and give evidence.

Cranch (2015) Acted on behalf of a Stunt Company at an inquest into the death of a stunt performer who died whilst acting as a “human cannonball” stuntman at a Kent County Showground. He suffered a fatal accident when a safety net intended to break his fall, collapsed. The case resulted in an accidental death verdict.
Click here for BBC News Report
Click here for article in The Daily Telegraph

R v OA (2014) Successfully defended a restaurant owner accused of sexually assaulting and harassing his staff. Resisted an application to adduce the evidence of a missing complainant by way of hearsay. Then persuaded the trial judge to stay the entire prosecution as an abuse of the process of the court, given the absence of the crucial witness who the defendant believed had orchestrated all of the allegations against him.

R v Cable (2014) Defending a Suffolk bandmaster and teacher charged with historical sexual abuse on a pupil 39 years before. The defendant’s brass band had appeared on television, toured the world, and played for the Queen. The defendant had previous convictions for similar conduct.
Click here for News Report

R v DY (2014) Successfully prosecuted a 17-year-old boy with learning difficulties and ADHD for sexual assault including digital penetration of a 4-year-old girl in the youth court. The defendant and child victim required intermediaries to give evidence. Issues included: competence of child witness, fitness to plead/stand trial because of learning difficulties and stay as an abuse of process, reliability of confession evidence, admissibility of hearsay accounts that the child did not repeat in her police interview, live-link evidence given from the home of a reluctant prosecution witness.

Elmbridge Borough Council v Anchor Trust (2014) Represented England’s largest not-for-profit housing association and registered charity, who were prosecuted following the death of a care home resident on a soft diet who choked after she was left unattended with a plate of sausage. Also acted for the Trust at the inquest into the death which resulted in an accidental death verdict.
Click here for News Report

Hedges (2012) Jury inquest into the death of a suicidal psychiatric patient who absconded from an acute admissions unit where he had been taken by police and then walked in front of a lorry on the approach to the Dartford Tunnel. Acted for the police.
Click here for News Report

R v Horton (2012) Defended a father accused of causing grievous bodily harm with intent (section 18) by breaking his three-month-old baby daughter’s arm baby and cruelty relating to other old injuries found. Acquitted of the section 18 offence and cruelty. Convicted of the lesser offence under section 20 (inflicting GBH) and received a suspended sentence. The case involved detailed cross-examination of expert medical witnesses called by the prosecution.
Click here for News Report

R v Richardson (2012) Defended a man accused of raping a young girl and forcing her to have sex with a young boy. The girl bore his child. The case involved the calling of expert sexsomnia evidence as the defendant denied that he had consciously had sex with the girl.
Click here for News Report

Jason Murray (2011) Jury inquest into the death of a man taken to hospital for psychiatric assessment who suffered asphyxiation after officers restrained him during a violent struggle. Acted for the police.
Click here for News Report
Click here for further News Report

R v Chatterjee (2011) Defended a doctor accused of sexually assaulting two receptionists at his surgery. Mixed verdicts. Acquitted of very serious allegations against the first receptionist (digital penetration and forced oral sex), but convicted of minor touching of the other complainant (hand on the top of her bottom and trying to kiss her). Sentenced to a community order. Successfully made representations to the Independent Safeguarding Authority to remove his name from the barred lists.
Click here for News Report

R v Cox (2011) Successfully defended a man accused of historical sexual assaults on his children. Then obtained a stay of proceedings in a second trial on the basis of delay in a case relating to the daughter of a previous partner.

R v Snell (2010) Leading counsel defending a man accused of sexually assaulting six young complainants who were the friends of his son. Acquitted on over half of the counts.
Click here for News Report

Sanderson (2010) Jury inquest into the death of a woman who was shot by a firearms officer following a standoff in a town centre. She was brandishing what turned out to be a pellet gun. Acted for the police. Issues as to the operation and command of the incident and use of firearms or less lethal options. Verdict of lawful killing returned by the jury.
Click here for News Report

R v RL (2010) Successfully defended a man accused of repeatedly raping and assaulting his wife over many years after forcing her to become a prostitute. Junior counsel.

R v Hurley (2010) Defending a man who had multiple previous convictions for rape and sexual assault of women he had struck up friendships with, who was accused of serious sexual assault on a lesbian female friend.
Click here for News Report

R v MC (2010) Successfully defended a firefighter accused of raping his ex-partner and the mother of his child. Case required detailed examination of telephone evidence of contact between the pair that the defence claimed was inconsistent with her allegations.

R v Fleming (2009)  Successfully defended a man accused of murdering his friend by pouring petrol over him and setting fire to him. Defence case was that the deceased had set alight to himself in front of the defendant who had then run away in fear. Junior counsel.
Click here for News Report

The Court of Appeal last week allowed the appeal of two defendants represented by Richard Barraclough QC and Tanya Robinson for the one and Danny Moore for the other, against a sentence of 8 years imprisonment following a conviction under the Domestic Violence, Crime and Victims Act 2004 Section 5. ...

The jury in the Tahnie Martin inquest concerning the 29 year old university worker who was killed by a large wooden panel that broke off the roof of a shopping centre in Wolverhampton during Storm Doris in February 2017, have just returned their conclusions. The jury found that the absence of ...