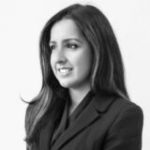 Thaiza conducts work across all of Chambers core areas of practise with a particular focus on Civil, Commercial and Family Law. Thaiza has particular expertise in financial remedies and matrimonial finance, disputes between cohabitants pursuant to TOLATA 1996 and applications under s.8 of the Children’s Act 1989. Thaiza represents a wide variety of clients in the County Courts and Family Court as well as the High Court and has also appeared on a number of occasions in the Court of Appeal. Thaiza has appeared in cases involving complex financial structures, including trusts and commercial assets, as well as her work in the Court of Protection in relation to vulnerable adults. Thaiza’s work in this area extends to her appearing in proceedings brought in the High Court in relation to disclosure of material between concurrent criminal and family jurisdictions.

Thaiza receives instructions from both Claimants and Defendants in a range of civil law matters, from interim applications to multi day trials in both the Fast and Multi track as well as Small Claims trials. Thaiza is instructed in contractual disputes, including sales of goods and services, personal injury claims and road traffic accidents, insolvency and bankruptcy matters including Companies Act petitions, property and landlord and tenant matters.

Thaiza has represented a wide variety of clients, including companies, schools, local and public authorities, as well as multinational corporations in often complex commercial disputes. Formerly, Thaiza has experience of product liability claims, having worked in a large multi jurisdictional commercial litigation for a number of years before coming to the bar. Since then she has acquired extensive experience of a broad range of civil and commercial litigation that has meant regular appearances in the county court and the High Court.

Thaiza’s practice in Family Law has rapidly evolved since joining Chambers. She is regularly instructed in proceedings related to children in private law matters including applications under section 8 of the Children Act 1989 and also pursuant to Part IV of the Family Law Act 1996. She is ever increasingly instructed in financial remedy disputes of a broad nature and has quickly gained experience in dealing with complex cases. Thaiza has developed expertise in financial remedy cases encompassing a full range of areas including: high net worth proceedings, trusts and intervenors, business and partnership assets, interim applications including maintenance pending suit applications.

Core to Thaiza’s family law practice includes cases brought in the High court in relation to concurrent Family and Criminal proceedings, where she is instructed in applications arising out of the tandem proceedings. Thaiza is frequently instructed to provide written advice in this area.

Thaiza has developed her regulatory practice from the inception of her time at chambers and is regularly instructed for both the prosecution and defence in all pre-trial and sentencing hearings, including forfeiture hearings under the Proceeds of Crime Act, sentencing in health and safety offences and a variety of Local Authority prosecutions.

Thaiza has previously undertaken a secondment to a local authority where she was able to advise upon and undertake local authority enforcement proceedings in respect of planning enforcement. Separately, she has advised on matters including improvement notices and stop notices and has been responsible for dealing with appeals on behalf of the Local Authority. Thaiza has gained experience of food and health and safety law and is instructed to appear before the court in proceedings both on behalf of the prosecuting authority as well as companies in relation to health and safety proceedings.

Thaiza has worked on behalf of the National Midwifery Council and General Medical Council in professional negligence cases including fitness to practice hearings.

Before joining chambers Thaiza worked for an International City firm in London for a number of years. She was involved in the implementation of their international pro bono policy, working with a variety of charities and social enterprises in the field of corporate and social responsibility. This involved advice and representation for victims of sexual abuse and human trafficking, victims of domestic violence to obtain injunctions at the then Principal Registry of the Family Division as well as obtaining awards at the employment tribunal in cases of domestic servitude.