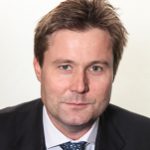 By reason of his appointment to the Attorney General’s Unified list of Prosecuting Advocates and thereafter to the CPS Advocates Panel (now at level 4), Tom has been instructed to prosecute as sole counsel in a number of the most serious drug and tobacco importations brought in Kent. He has substantial experience in:

Tom has experience in prosecuting on behalf of BIS (formally DTI and then BERR) in cases brought against directors and companies in consequence of offences under insolvency and company legislation. Tom also has experience in conducting prosecutions brought by the DWP and/or local authorities against fraudulent benefit claimants.

Notwithstanding that his prosecution practice has, by reason of his appointments, occupied a significant part of Tom’s diary over recent years, he is equally focused on, and committed to, his defence practice. Tom routinely represents those accused of the full range criminal offending. He defends in cases involving serious violence, sexual abuse, fraud, drug supply, armed robbery, arson and firearms.

He is sought after by solicitors and clients alike not only for the clarity of his advice and the care he takes to ameliorate the inevitable stress that Crown Court proceedings bring to bear, but principally for his unwavering determination to achieve the best possible result in each case in which he is instructed.

Current and recent cases include:

R v Chohdry Leading for the prosecution in historic child rape case. Case defended by silk and junior. Convictions secured of 5 counts of historic rape and 6 counts of historic indecent assault against a child who was abused from the age of 7. Click here for news item.

R v Honey – child prostitution, child pornography and grooming of victims between the age of 11 and 13 (as far as America and Australia).

R v S – importation of 2.5 tonnes of cannabis in the fabric of solar panels found within a commercial freight vehicle.

Rv J – importation of ecstasy with a street value of 3 million pounds.

R v H – prosecution of an ex-police officer for failing to cooperate with the liquidator in the winding up of a company of which she was a director.

Tom retains an interest in civil litigation and continues, in appropriate cases, to accept instructions. He has a particular interest in regulatory and planning matters and has acted in the past for local authorities in public inquiries concerned with domestic change of use through to major commercial developments. Tom has conducted a number of significant value multi track trials in litigation arising out of personal injury and general contractual disputes.

Tom Dunn, instructed by Bond Joseph Solicitors, has secured the acquittal of Lewis Shaw on a charge of attempted murder following a 4 day trial at Maidstone Crown Court. Mr Shaw was alleged to have attended the address of the complainant in the early hours of the morning having consumed significant ...

Tom Dunn, instructed by Oliver Kirk of Old Bailey Solicitors, has secured the acquittal of a 27 year old Northern Irish male accused of attempting to smuggle more than 5 million cigarettes into the UK. The contraband load, which if declared would have attracted in excess of £1.4 million in duty, ...

Simon Taylor and Tom Dunn, instructed by the South Eastern Complex Case Work Unit of the CPS, have secured the conviction of Mark Love on charges of murder and aggravated burglary. In relation to the aggravated burglary the prosecution’s case was that Mark Love was one of 4 masked men who ...