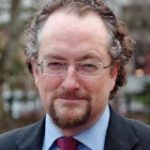 Nominated by Legal 500 for Real Estate, Environment and Planning Junior of the Year

“He is very measured, gets on very well with clients and explains things clearly”

Winner – Environment/Planning Junior of the Year

“He has a forensic mind, and is quick to get to the heart of any case.”

“A strong advocate who knows environmental law inside out.”

List of Regulatory Advocates in Health and Safety and Environmental Law - List A (until appointed silk)
Member of the Raynsford Review of Planning task force (TCPA)
Secretary of the Planning and Environment Bar Association (“PEBA”; 2013-2018)

William Upton QC is a barrister specialising in planning, environmental and local government law. As a result, his experience ranges across the civil and criminal courts, as well as planning inquiries. He has acted for local authorities, the Environment Agency, private developers and third parties. He has a particular interest in the overlap between planning and environmental law, and is a frequent lecturer on both areas.

He was the winner of the Planning/Environment Junior of the Year at the 2014 Chambers & Partners UK Bar Awards.

A major part of 2014-2015 was spent on Lawrence v Fen Tigers Ltd and others [2014] UKSC 13 (noise nuisance from motorsports), in which the Supreme Court significantly reviewed the law on private nuisance, including its relationship with the planning regime. The second hearing was held in May 2014, [2014] UKSC 46, on the issues of the landlord’s responsibility for the nuisance and the potential unfairness of the costs (CFA and ATE insurance). The third hearing was heard in February 2015 [2015] UKSC 50, on the potential incompatibility of the costs regime with human rights, and there were 8 intervening parties including the Secretary of State for Justice, the Bar Council, and the Law Society. William was involved at the Court of Appeal and the High Court stages, and was the original counsel in the case.

He continues to advise local authorities on their development plan work, following his work on the adoption of the first DPD in England back in 2007 (for Maidstone Borough Council). His work has included the Examinations into the Swale Local Plan (2016 and 2017), West Berkshire Site Allocations DPD (2016), West Berkshire Council Core Strategy (2012), the Greater Norwich Area Joint Core Strategy (2010/2011) and Tunbridge Wells Borough Council Core Strategy (2010). He acted for the London Borough of Tower Hamlets on its Community Infrastructure Levy examinations (2014), including issues relating to Crossrail funding and new development at Canary Wharf, and for the CIL examination by the London Borough of Hackney.

Recent advice on Environmental Permits has included dealing with revocation appeals, and the judicial review challenge to the removal of the waste management exemption that failed to comply with the Waste Framework Directive Objectives. He has also advised extensively on flood rights, highways, rights of way, commons and navigation law issues. He appeared for the Environment Agency in the Hampstead Heath Ponds case, R (on the application of the Heath & Hampstead Society v Mayor and City of London and the Environment Agency [2014] EWHC 3868 (Admin), particularly to deal with the issues of safety and the Reservoirs Act (as recently amended). Rights of way cases have included Wild v Secretary of State for Environment Food and Rural Affairs [2010] 2 E.G. 85, CA, and Elveden Farms v Secretary of State for Environment Food and Rural Affairs [2012] All ER (D) 183 (Jan). These areas also raise many enforcement and regulatory issues, and William has also found himself defending food safety issues at Smithfield market.

He was Secretary of the PEBA Committee (2013-2018), and is a former Council member of UKELA. He convened the UKELA Planning and Sustainable Development Working Party until 2015. He was also appointed to the Attorney General’s Panel of Junior Counsel to the Crown (Civil, 2003-2013).

William Upton has been recommended as a leading barrister for both environment and planning in both the Chambers & Partners UK Bar Guide and the Legal 500 for many years. Chambers & Partners recently commented that he is “a well-regarded junior proficient in planning and environment matters, who is recommended for his intelligent, creative advice”, and that he is “…a highly analytical and detail-oriented advocate who can always be relied on to fight his client’s corner.” The Legal 500 has stated that William Upton has “an in-depth knowledge of environmental law that one can only marvel at.” He is also named in the Best Lawyers in the UK (2019 edition) list for Environmental Law

He regularly provides seminars to the planning and environment sectors, and recent topics have included the revised NPPF, Environmental Impact Assessment, flooding, an overview on nuisance law, Obstacles to Infrastructure Planning, Caselaw Updates on Rights of Way, and, ‘What the Frack?’ (fracking and planning).

“What is the Purpose of Planning Policy? Reflections on the Revised National Planning Policy Framework 2018”
Journal of Environmental Law, March 2019

“Managing housing growth and the environment – a fair balance or not?”
UKELA e-law journal, Nov/Dec 2016, discussing the tensions inherent in giving housing delivery priority in the planning system. This follows on from his speech to the TCPA Annual Conference on 24th November, and the joint UKELA/PEBA seminar on 6th October 2016.

“Flooding and legal liability: Flood me, Flood me not ”
UKELA e-law journal, Nov-Dec 2014

“Neighbours and the Law”
Co-author 5th edition, 2009
Sweet and Maxwell

Discounts of 25% on books by Six Pump Court authors

Today (Friday), Law Brief will be running a Black Friday discount of 25% for all books available on their website. This is a great opportunity to grab some fantastic titles by our own authors. Below are a selection of books that could be purchased with the discount:- ‘A Practical ...

The first webinar in our Public Rights of Way series will cover DMMO Applications. This session is for new rights of way officers, and anyone who would like to refresh their knowledge of some of the basic (and some of the more challenging) issues relating to Definitive Map Modification Order ...