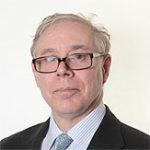 “Recommended for all areas of family law.”

“An eye for the unusual and always willing to immerse himself in the finer details of a case.”

“He gets to grips with the heart of the issue quickly.”

“He has notable experience in family-related TOLATA cases arising from cohabitation and property disputes.”

Grant has a wide general common law practice. He acts in all types of family matters and handles ancillary relief at all levels. He has experience in Trusts of Land and Appointment of Trustees Act 1996 cases arising from cohabitation and property disputes and in cases where co-ownership has affected ancillary relief proceedings. In other family areas he has acted in probate and Inheritance Act cases. He has also acted in a number of commercial matters where understanding the business model of the litigating parties proved important to the ultimate resolution of the case. In the course of practice he has participated in several formal mediations.

Re MM (A Child: Relocation) [2014] EWFC B176
Application by mother to relocate to South Africa with her child, aged 15 months at the time of the judgment. Permission to the mother was granted. Click here for report in Family Law Week.

Re B (2014) EWCA 1015
Regarding evidence being used in private fact finding hearings from non-subject children in the Court of Appeal. Click here for article covering the issues and the case.

K (A Child) (2014) EWCA Civ 905
Successfully represented a father in contempt proceedings arising in a long running habitual residence case where a child had been left with paternal relatives abroad.

Iss v Tanea et al (2011)
Claim based on alleged non-existent or incorrectly issued circa 2000 ATE Policies by a firm of solicitors where costs of ATE had been paid by third party insurers. Claim for recovery of improperly recovered ATE policy costs from 6 parties. Counterclaims based on share sale agreement. Claim and approximately 9 other claims resolved shortly before trial after 17 hour mediation unsuccessful.

Re L-W Children (2010)
Appeal against committal in private law based on finding that father was in breach of contact order for failing to allow contact and enforcement order. Definition of “allowing contact” under section 8 Children Act 1989 and new enforcement provisions. [2010] EWCA CIV 1253

Woolwich plc v (1) Jones-Dunross (Charles) (2) Ombull (Maureen Lillian); Ombull v Sherrards (2005)
Claim for negligence and breach of duty by wife against solicitors who acted for husband in a remortgage of the former matrimonial home without her consent and by forging her signature. W claimed for loss of chance of recovering more than 50% in Ancillary Relief proceedings, [2005] EWHC 1488 (Ch) (Lightman J).

Notable Cases (Commercial and Other)

Pearce v (1) European Reinsurance and Run Off Consultants Ltd (2) BDO (2006)
Claim by shareholder in quasi partnership company against shareholder and auditor for negligent valuation under the “buy out” provisions in articles of association. Reported at [2006] PNLR 8 (Hart J)

Re A Debtor (2002)
Debtor’s successful appeal to High Court Judge against bankruptcy order where petitioning creditor held share as security under company articles for debt and where share valuation mechanism had been invoked. [2002] EWHC 1495 (Ch) Lloyd J

Octagon v JBR Leisure
Landlord and tenant claim for loss of profit caused by prolonged erection of scaffolding around building. Issue of liability and causation of loss involved consideration of variation in turnover and profits demonstrating absence of real loss.

Grant Armstrong is qualified to accept direct instructions from members of the public under the Public Access Scheme.

Certain specific Public Access services are subject to price and service transparency regulatory requirements. By clicking the link below you will be directed to the required information for those specific categories of work in respect of which Grant accepts instructions.

In Thursday's judgment, the Court of Appeal denied a wife's bid for a higher divorce payout from her multi-millionaire husband. In their ruling, the judges drew attention to the fact that her husband, Mr Hart, was already a multi-millionaire when they met. Grant Armstrong represented the ...

Grant Armstrong is currently representing the parents of Charlie Gard in the High Court with Gerard Rothschild (Brick Court Chambers). The Judge - Mr Justice Francis - is considering the future of life support and medical treatment for their 11 month old son in the light of new evidence and ...